0 Comments
Simple steps to get your home sold for the right price with the least amount of inconvenience in the shortest amount of time.

0 Comments
The end of the $8,000 tax credit is not as big a deal as most agents and the media are making it out to be. What the industry and the media should be talking about is the true story that is all about the fall in interest rates to all time lows.

6 Comments
Lido Townhouse is truly a hidden gem. Located at 750 Lido Blvd nestled between Nickerson Beach and The Sands Beach Club. The development was built in 1966. It features brick garden style apartments, in a gated community, which consist of both upper and lower units. There is a choice of one, two ...

0 Comments
410 E Broadway in Long Beach, NY is known as The Sherwood House. This Co-Op building was built in 1965. The building has 7 floors and has recently gone through a beautiful renovation. Upon entering the building, the first thing that i notice is the state of the art security system which is a touc...
Back to Top Recent
Rainmaker
146,483 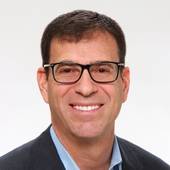