0 Comments
Anyone using Quickbooks Premier 2011? I successfully installed it and opened one file and now it won't do anything. Every time I open the program it stops working.   Any ideas?

The apex of the snowpack

2 Comments
With the addition of another 20" of snow this weekend, Park City's snowpack is probably at its apex. April's high sun angle and warming trend tends to melt the snow faster than we get it. So how did we do? Park City Mountain Resort reports a base of 128" and a total of 424" having fallen this win...

Women's ski jumping to be included in 2014 Winter Olympics!

1 Comments
This exquisite and charming ... 5,000+ sqft. home is located in the village of Lake Placid. A chef's kitchen with a viking range and walk in pantry. 3 fireplaces , 4 bedrooms, 4 and a half bathrooms, a wine cellar and a 3 car garage. A study detailed with an embossed ceiling , cherry wood work an...

April weather forecast for 9000' in the Wasatch

1 Comments
Another 9" of the "Best Snow on Earth" is due to fall on Saturday night. I am sort of glad: the resorts are still open, I haven't even considered ditching my Sorels yet and, what the heck, it is still winter up here. If you are looking for us, you will probably find us on the Empire or Lady Morga...
Back to Top Recent
Rainer
11,896 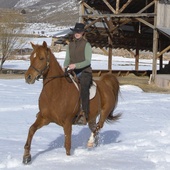