Weekend News ~ Salute to the Troops

0 Comments
Weekend News ~ Things to do around the valley this weekend! Salute to the Troops Get ready for an extraordinary musical experience with conductor Stuart Chafetz and The Phoenix Symphony. Maestro Chafetz recently held the position of Resident Conductor of the Milwaukee Symphony and is known for hi...

0 Comments
Mortgage Rates Rise for Third Consecutive Week For third week in a row, mortgage rates increased. This past week, mortgage rates jumped to highs not seen since March on the back of strong domestic economic data. After reaching lows for the year just four weeks ago, and despite plenty of mixed eco...

0 Comments
Restaurant of the Week! Portillo's Hot Dogs The best food and the best service! From Modest Beginnings To The Midwest's Largest Privately Owned Restaurant Group Welcome to Portillo's Hot Dogs, Inc., started in 1963 by Dick Portillo in a small trailer and soon will be operating in 45 locations. Hi...

0 Comments
Top 10 Cities for Safe Communities and Healthy Lifestyles When it’s time to move to a new city, you need to ask several questions. How is the job market? What’s the climate like? Is this a good place to raise a family? And, most importantly, is the city safe? We’ve done some in-depth research to ...
<< Previous 1 2 Next >>
Back to Top Recent
Rainmaker
364,589 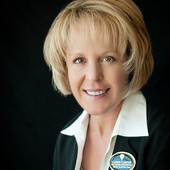 FOLLOW ME to Receive Up To Date Information in Real Estate, New Listings and Current News & Events around the Valley.