A TALE OF TWO VICTORIA PARKS (SOUTH AND NORTH)

0 Comments
The March 2010 historical low continues to hold, and of the ten sales closed during the past six months five occurred in June (one in May and two each in April and March).  While March-May sales per LIVing Area averaged $213/LIVsqft, June's closed sale price increased to $253/LIVsqft.  March-May ... 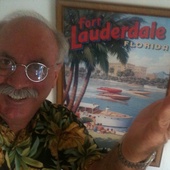