Tips for sellers to maximize there return

3 Comments
Tips for SellersThe key to selling your home quickly and at the right price is in preparing it appropriately. Here are some tips to help you get started. Give home a though cleaning. Oil door hinges, tighten door knobs. Have carpets professionally cleaned, or replaced if damaged. Repair dripping ...

0 Comments
The Commerce Department says sales rose 6.2 percent to a seasonally adjusted annual rate of 430,000 from an upwardly revised 405,000 in September. Economists surveyed by Thomson Reuters had expected a pace of 410,000. Home shoppers in October were acting before lawmakers decided to extend a tax c...

1 Comments
The mortgage assistance program, off to a slow start, has now helped 650,000 homeowners with trial loan modifications, with average savings of $500 a month. The administration aims to help between 3 million and 4 million over three years, but that is $50 billion that won't get repaid directly to ...

2 Comments
Great Place to be, the south some of the best fishing and the people are great too!http://www.daryldatus.comhttp

1 Comments
Just a note to help us thru the week, QFC inBelfair id geting a new gas station,with that come new people to the area, and the need some place to live! Jobs can be found on QFC web site, for those that need housing once you get here , well I hope you think of me! Have a great winter! Daryl has li...

Recovery of housing is in the air!

Making a name for ourselves

0 Comments
Many have said a Realtor with a good name thats what I want! Do we think of that as we deal with the public, as well as others we deal with ,agents, brokers,appraisers,etc..? I have noticed it takes a lot of work to build on a name for the good!And yet it takes 1 act of indiscreation to ruin it! ...

a stable market is coming!

0 Comments
The national median existing single-family price was $177,900, which is 11.2 percent below the third quarter of 2008; the median is where half sold for more and half sold for less. Distressed sales - foreclosures and short sales - accounted for 30 percent of transactions in the third quarter, whi... 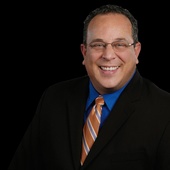