0 Comments
If you or someone you know is interested in pusueing a real estate career, contact me for license classes starting  first week in November. Evening classes and Saturday classes available. Locations Chicago far Northweswt suburbs and Western Suburbs.Contact me for details. Possible to be licensed ...

0 Comments
A little known tax item was passed by Congress in May of this year. If a person is in the 15% tax bracket ($61,300 adjusted gross income), there will be no capital gains on long term gains in 2008 to 2010. I have not seen much comment on this little item, but its impact is significant.Some invest...

1 Comments
This is a story of a high school basketball coach who was attempting to motivate his players through a difficult season. Halfway through the season he stood before his team and said, "Did Michael Jordon ever quit." The team responded, "No!" He yelled, "What about the Wright Brothers? Did they eve...

0 Comments
"The world is too big for us. Too much going on, too many crimes, to much violence and excitement. Try as you will, you get behind in the race, in spite of yourself. It's an incessant strain, to keep pace... And still, you lose ground. Science empties its discoveries on you so fst that you stagge...

2 Comments
We are who we are today because of the choices we made yesterday. Likewise, tomorrow will become the result of todays choices. "We are free up to the point of choice, then the choices control the chooser."I have ben told that the Cananians experience only two seasons, winter and July. As the back...

1 Comments
Communication is serious business. Yet, we can't help but chuckle at the results our communication efforts sometimes produce:Two guys were walking down a country road when Pete said to Joe, "Look at that cow with one eye." So Joe directly placed his hand over one eye to look at the cows.A traveli...

A Matter of Perspective

0 Comments
An optimist and a pessimist combined their resources and went into business together. Sales were fantastic, and after the first three months the optimist was elated: "What a great beginning, customers love our products, and were selling more every week. "Sure," replied the pessimist, "if things k...

2 Comments
Suppose you had 5 birds sitting on a wire and 3 of them decided to fly. How many birds would you have left on the wire?Five birds remain. Making a decision to fly without acting on the decision is a waste of energy. The momentum to do something about our decisions is energized by action.
<< Previous 1 2 Next >>
Back to Top Recent
Rainmaker
1,181,990 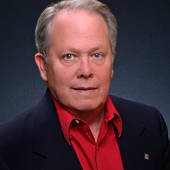