A Surfer's Paradise on Vancouver Island, BC

9 Comments
These photos were taken of the Canadian Coast Guard boat, off Cox Island, near Tofino, Vancouver Island during an Autumn storm this month. In the summer months Tofino is a surfer's paradise, having a long sandy beach and great waves!

The Vikings, without the Horns, in Victoria, BC!

0 Comments
From November 21, 2008 to May 11, 2009 the Vikings Exhibit is being held at the Maritime Museum of British Columbia in Bastion Square, Victoria.     Popular images of the Vikings has been that of horned-helmeted, bloodthirsty sea rovers, bent on the destruction of Western Civilization. The truth,...

It's a Good Time To Buy! New Listing in Beautiful Cordova Bay, Victoria, BC

6 Comments
Today there was an active mist and beautiful sailing day out here on the Pacific West Coast.   The British Columbia ferries sail through a section of water called Active Pass, which lies between two of the Gulf Islands - Mayne Island and Galiano Island (midway between Vancouver and Victoria). Jus...

Victoria is Remembering the Past, Hoping for the Future - Poppies on November 11th

2 Comments
In Victoria, BC, starting November 5th and until November 11th, from 10:00 am - 4:00 pm the Royal British Columbia Museum, in downtown Victoria, is hosting a week of Remembrance. Featured are community displays and Veterans' talks. There will be a special Remembrance Carillon recital on  Tuesday,...
Back to Top Recent
Rainmaker
211,387 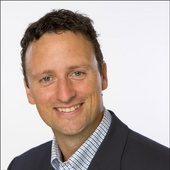