Time out for icicles

9 Comments
It froze last night here in Orlando, and since I ran my sprinklers last night, we had icicles this morning. They were so pretty, and this happens so rarely that partway to work this morning, I decided to turn around and go home to take some pictures of them. I'm glad I did!                       ...

The Staging Is Doing Its Job!

10 Comments
Last month, Gloria Home Staging had the privilege of staging a townhouse in Casselberry, FL. It went on the market at the beginning of December, and the early results are in. During the month it has been listed, which included the Christmas and New Year's holidays, it had four showings, resulting...
Back to Top Recent
Rainer
58,786 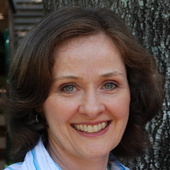