3 Comments
In 2014, we are going to see a significant increase in the amount of consolidation of companies within the mortgage industry.  It was announced today that Prospect Mortgage has closed on the purchase of certain operations of Impac Mortgage.    The link to the full article can be found on Housing ...

3 Comments
In November 2013, Fannie Mae increased the minimum required down payment from 3% to at least 5% down on Primary Residences.  This change was due in part to Qualified Mortgage and Ability to Repay regulations that went into effect on January 10, 2014.   The 5% minimum down payment requirement appl...

Why Your Pre-Approval Isn't Real

9 Comments
The topic of a Borrower or Real Estate Agent requesting a Pre-Approval instead of a Pre-Qualification comes up quite frequently.  The terms have been used so interchangeably for so many years now, so it is bound to lead to confusion.  In today's market, you will most likely not be getting a true ...

1 Comments
As a reminder, HUD has announced that the 90 Day Flip Waiver for FHA mortgages has been extended once again. On January 15, 2009, HUD announced a waiver to its restriction of a borrower being able to obtain FHA financing on a property that had been acquired by the seller in the 90 days preceding ...

US Stamp Prices Are on the Rise Again

1 Comments
Happy New Year's Day from Prospect Mortgage.  Wishing you a great 2014!!!!   We look forward to being your resource for all of your mortgage needs in 2014 and beyond.
Back to Top Recent
Rainmaker
445,961 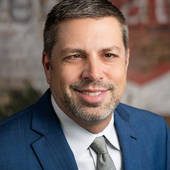