Disney vs. The City of Anaheim?

Has anyone been keeping up on the fight over a piece of land in the resort area of Anaheim? Several members of the city council are trying to make Disney look like the bad guy because there is a recent plan to put low income housing right in the middle of the Anaheim resort area (I think they want to make it into a trailer park). The Mayor, Curt Pringle, is on the side of Disney because he realizes the importance of creating an upscale image in the new downtown Anaheim area. That resort area is only 5% of the land mass of the city of Anaheim but it produces 50% of the revenue for the city. Why are some of the city council members trying to put up low income housing in the middle of a resort area? There is a recent petition going around so that Anaheim residents will have the right to vote on any absurd decisions made regarding the resort area. Won't this have a negative effect on the value of homes in the downtown area if they are allowed to build low income housing in the resort area? 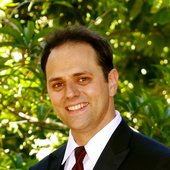