The City of Saratoga, California may be considered a great place to live according to the 29,843 residents currently living within the city. The city is located at 412 feet above sea level and covers a land area of 12.1 square miles but has an average age of over 40 years old. The city has a medium population density with about 2,460 people in every square mile.

There are 10 Elementary Schools in Saratoga City which includes the Argonaut, Marshall Lane, Blue Hills, Saratoga, McAuliffe, Foothill, the Saint Andrews School, Primary Plus, the Sacred Heart School and the Challenger Pre-School Elementary Schools. The city also has one middle and two high schools which includes the Redwood Middle School, the Saratoga High School and the Prospect High School.

Since Saratoga City is known for its green thumb, inside the city you will find the Villa Montalvo Arboretum and the Hakone Gardens. There are six major shopping centers in the City of Saratoga which include places like the Argonaut Place Shopping Center and Azule Crossing.

Thinking of Moving to the Bay Area? Search your Bay Area Rela Estate and MLS 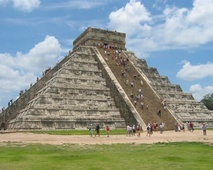