Lies Lies Lies... We see them everywhere.. Everything from asking Johnny if he had a cookie before dinner; only to see him wipe crumbs from his face and say "no mom", to the Bernie Madoff's of the world that schemed millions with a carefully crafted series of deceit and forgery.

We all condenm lies, and generally speaking no one wants to be a liar.  Yet we all occasionally fall into the trap ourselves and justify this ocassional mistep by saying it's ok as long as it's a white lie.  Meaning a white lie is acceptable provided that no one is hurt by it or if the lie was unintentional.

Let me clarify. A lie is a lie! It's a misrepresentation of the truth and intent doesn't matter, it either IS or it ISNT.

For century's we've been seeking ways to determine if a person is lying or not.  People have been persecuted and convicted for lying, and in many cases also persecuted when they were innocenct and it was believed that they lied.

To this day however, there is still no full proof way to determine if a person is lying or not, sure law enforcement has lie detector polygraph tests and psychologists have done extensive testing on human behaviors that are exhiibted when one lies, but the truth can only be confirmed by facts.  If you have the facts, you can usually prove it one way or the other, but in the absence of facts there is no way to confirm what is true.

So how do lies factor into business?

How does a consumer know if they are being lied to by an individual or a corporation?

The mortgage industry for years was issuing stated income loans that where referred to as a "liars loan".  This was an accepted practice that was embraced by many, so long as no one was being hurt by it (and everyone got what they wanted).  Well fast forward to 2009 and we see that the bubble didn't just burst,  it exploded! And it took the real estate industry and the American economy with it.  Now we are in the midst of a recession trying to assess blame and figure out what went wrong.

Im not going to get into all the dynamics of how we got into this mess, thats a whole topic of discussion on its own, but its clear there were a series of lies and a lot of people got hurt by it.

So what can you do to protect yourself?

One answer is to create checks and balances where you can.  Work with proven individuals that have a track record and compare them to others.  Educate yourself on important matters and investigate anything that doesnt seem right to you.

Recently, I was at a restaurant with a friend and he asked me a casual question.  When I gave him my answer, he said "you're lying!  I saw you look down and to the right."  I was surprised by his remark because I didn't think I had lied about anything, but his police training taught him to watch for certain mannerisms that could indicate a lie.  Well I don't know how credible this technique really is, but my point is that if you have a hunch that something isn't right.  Look into it. Don't assume and don't accept things for face value.  And if you find yourself taking part in a lie, even a white lie, correct it immediately.  Sometimes lies may appear to have no repercussions, but lies left uncorrected can often re-surface years later to cause irrepairable damage.

Martin, you are a complete master - and this should have hit as a Featured Post - GREAT JOB my friend...

Do you know that the police training can only go so far? I always look down, or up, or left or right, when I'm trying to remember what I was about to say. It certainly doesn't mean I'm lying. It means I'm having a bad case of boomer brain gas and I'm embarrassed :)

By the way, it's been a really long time since you put up a new blog. Get to work :) 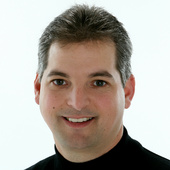