slightly this week, after six consecutive weeks of declines.

It was the first increase since July 20 when 30-year mortgages hit a four-year high of 6.80 percent. Since that time rates had been declining as investors became more convinced that a slowing economy would keep inflation in check and forestall any further interest rates increases by the Federal Reserve.

Rates on 30-year mortgages will likely fluctuate for the rest of the year in a narrow range of between 6.5 percent and 7 percent, predicted Freddie Mac chief economist Frank Nothaft.

The Fed left interest rates unchanged at its Aug. 10 meeting, breaking a two-year period of rate increases. Many private economists believe the central bank, which next meets on Sept. 20, may be finished raising rates as long as inflation pressures continue to decline.

After hitting record sales levels for five straight years, home sales are expected to fall by around 10 percent this year as the once-booming housing market comes back to earth.

"Higher rates have resulted in houses sitting on the market for longer periods of time, changing the real estate sector into more of a buyer's market from a seller's market," Nothaft said.

Rates on 15-year, fixed-rate mortgages, a popular choice for refinancing, averaged 6.16 percent this week, up from 6.14 percent last week.

For one-year adjustable-rate mortgages, rates rose to 5.63 percent, up from 5.59 percent last week.

Rates on five-year adjustable-rate mortgages edged up to 6.14 percent this week, compared to 6.11 percent last week. 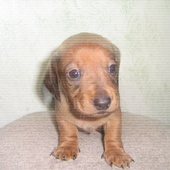