Ive had the recent displeasure of having a listing "hijacked" while posted on Craigs list. The listing, taken over by a mortgage broker, which means they "bounced" me off craigslist to do it, was then copied and re-posted under their mortgage company. Flattering but since it was a Countrywide REO NOT good for MY public relations with Countrywide!! Worse yet is the following scenario:

REO agent, one who has many, many listings in this vein, had a call from 5 really ticked off "accidental" tenants! One of his out of the way REO listings had been hijacked off of Craigs List and re-posted as a "rental" at a deep, dark discounted rental rate! It needed to be rented out THIS WEEKEND!! as the landlord was leaving for an extended trip overseas (to Nigeria no doubt!!) and needed to rent it this weekend, hence the cheap rent!

He then met these 4 NEW tenants, took first, last, security deposits from each, and said meet me back here on the following Monday at noon to move in! He also needed either cashiers checks or cash as he had not settled in with a new bank in his future destination! Yup! So come Monday this agent gets calls, his sign NOW being put back up, from these irrate tenants all who showed up on the same day, same time, same bat channel!! (that's a reference to an ancient camp TV comedy of the sixites for you genx/y's!--have your parents explain it to you!). Suffice it to say NO ONE went away happy with one guy REFUSING TO LEAVE!! Got pretty ugly!!

Any other dark frauds out their in internet land one feels they would like to share with fellow AR's!!?? 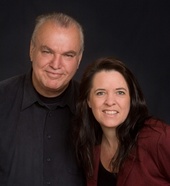