Don't Get Caught On Your Knees Sifting For Gold When You Could Be On Stage, Making A Lasting Impression.

I am so proud of the real estate industry.  You've come so far!

In the latter half of the 90's decade, as the Internet promised to be a modern gold rush, curiously, Realtors showed little interest.  It wasn't until just recently that the Realtor's personal website was accepted as an obligatory expense.  The irony is that now it has little chance of being effective.

But today, I actually have faith in the real estate agent's embrace of the Internet as an effective marketing tool.

As much as the $500 brochure website of yesteryear catered to the ego of the Glamour Shots® agent, it failed to jibe with their gregarious nature.  Affable and outgoing agents couldn't recognize any immediate relevance to their obvious business model; network, network, network.

Yet now, with the rise of Social Media, Realtors are feeling much more at home online, recognizing the opportunity to leverage the Internet as a viable networking tool.

Where it once seemed that Realtors needed to be dragged into the 21st century, they are now marching forward in droves.  A rush, if you will.

But there's a problem.

THIS ARTICLE HAS BEEN TRUNCATED FROM ITS ORIGINAL LOCATION, AND THE REMAINDER OF IT (as well as the original comments) CAN BE FOUND BY SIMPLY CLICKING BELOW:

IT HAS BEEN CHOPPED BECAUSE THIS IS A SYNDICATION OF THE ORIGINAL, AND IT HAS BEEN PROVEN THAT FOR SEO PURPOSES IT IS NOT A GOOD STRATEGY TO POST THE SAME ARTICLE IN ITS ENTIRETY IN MORE THAN ONE LOCATION.

Nice post, I really don't want to be the one in the overpriced souvenir T-Shirt :). Thanks for the tips, we are early adopters of technology and will continue.

I do enjoy technology but like to blog when I am passionate about something ! Honestly though, it does take time to think and write the relevant stuff but then sometimes I also feel there is not enough time in the day to do everything and also sell homes

Thanks for the post. I will check out the link and read the rest of the article.

OH yes...Glamor Shots® . I remember those pictures. It was not a pretty time.

Most of the stuff in the article was relevant.....comment be involved.....provide valuable or at least interesting information.  Some good reminders.

I did like the analogy to the gold rush.

HelpfulHannah your friend in Ph

Great post and comments ..... if anyone can direct me to some type of outline or tutorials that would be great.

Wait till you see what is just around the corner with respect to real estate on the web!  Let your imagination run wild and know that it will be even better than that!

Mr Tomato......I've seen you on the web before and I knew we must be related somehow.  You are a very wise tomato and your sense of humor is great!  Great post!

I am excited to come across your blog as I looked for new blogs this evening.  Looking forward to digging in, and what a great first post to read from you.

I always enjoy reading your post-thanks!

It took me at least 6 months to decide to become an AR member.  Not sure why it took so long, but now that I'm here, I am doing all I can to get to the top and become a leader.  I am trying to secure a large following, am trying to be more consistent in my blog posts, and am trying to communicate to anyone and everyone I can.  I believe it is starting to work. 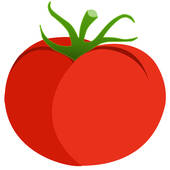 The Real Estate Tomato is a destination for real estate blogging advice, insight, services and products.