Have you ever gone to an event or party, expecting one thing, only to be completely surprised and changed by the unexpected?  Well, that is what happended to me last week, and I thought it would make a good blog post.

During my weekly meeting at the Spring-Ford Rotary, a member of the Pottstown Rotary would come in, pitching for us member to come see Billy Staples, and hear his baseball stories.  Now, I like baseball, but I am no die-hard fan.  Of course, having the Philadephia Phillies win the 2008 World Series did make me more of a fan, but again, I am no die-hard.  My client however is a coach for the Villanova University baseball team, so I thought, a signed book might not be a bad idea for a gift, right?

I was pretty set on trying to make it out so I could get this gift for my client.  Part of me wanted to skip it as I wasn't feeling that great, but something kept tugging for me to go.  As I finished dinner, I brought dinner to my wife who was sick with the flu.  I decided to put our twin girls to bed, so I took them upstairs, looking at the clock and thinking I was running out of time to make it to Pottstown.  Do I get two easy diapers to change? Of course not.  Yuck.  And my one daughter has really bad diaper rash, so out comes the pastey white Desitin, and I am trying like heck to get it on her, and of course I am getting it on my black pants.  Now I am thinking there is no way I can go out in public looking like this.  I washed my handes, rubbed the pants clean as best as I could and decided that late was better than never as I walked out the door.

I was lucky that I got up there in good time, and it worked out well, since as I walked in, dinner was almost over and Billy Staples was getting ready to speak.  Mind you, I have NO idea who this guy is, what his book is about, or even what he looks like.  Yet I am fortunate enough to be personally inroduced and seated at his table.  I sit back and prepare to hear what I think are baseball stories.  Was I in for a surprise.

Billy gets up, and he does start off with a few baseball stories.  If you have ever heard him speak, you know he is very good at getting the audience's attention.  Well. Billy starts to tell us why he wrote the book, and how he came to be a teacher in one of the worst projects near Allentown PA.  For the next hour, I am blown away at hearing about where he teaches, and how he brings inspiration to kids who may not live to see their 30's due to drugs and violence.

From his website, let me use his words to describe what I found out that night:

"Bill Staples was born and raised in Phillipsburg, New Jersey, where he spent all available hours shooting hoops and listening to country and pop music. He spent three years at Phillipsburg Catholic High School, where he played varsity basketball and baseball and starred in a few school plays.

All through his childhood and teen years, Bill had the priviledge of spending time in the Phillies, Mets, and Yankees clubhouses. Among many other Major Leaguers, Bill got to meet Joe DiMaggio, Whitey Ford, Mickey Mantle, Yogi Berra, Pete Rose, Mike Schmidt, Willie Mays, and Tom Seaver, each of whom took the impressionable young man under his wing. These were experiences that never left Staples.

After his high school graduation, Bill spent two years at Northampton Community College and received his Associates Degree. During that time, he played varsity basketball and was heavily involved with the theater program. Bill also spent time in Los Angeles and New York pursuing an acting career. Along with other roles, Staples had a small part in the movie "Hairspray" starring Rikki Lake and played a news reporter in the movie "Gremlins 2". However, his favorite role was a younger version of Peter Falk's famous Lt. Columbo in a touring dinner theatre production.

Eventually Bill took a corporate sales position with AT&T Communications at the company's world headquarters in Basking Ridge, New Jersey. While this period was a financial success for Staples, his life changed forever shortly after he saw the movie "Dead Poets Society," Starring Robin Williams. Inspired to become a teacher and make a difference, whatever the financial sacrifice, Bill left the corporate world and enrolled at East Stroudsburg University. He graduated from ESU with a degree in education-secondary English-and the end of the following year, found himself teaching at Northeast Middle School in Bethlehem, Pennsylvania.

In many ways, Staples came into his own as a teacher. His goal was to use the various talents and contacts he had developed over the years to reach his students and make them really want to learn. Whether it was jumping on desks to underline a point, imitating TV and movie characters in class, or quietly showing up at every sporting event and dance recital his students were a part of, Bill immersed himself not just in teaching as a job, but in teaching as a mission.

In 1996, Staples introduced a new method to motivate his students. In return for perfect attendance, good grades, and outstanding behavior, Staples took his students to meet celebrities, including Michael Jordan, Derek Jeter, and Puff Daddy. The idea behind the trip wasn't simply to get an autograph. Instead, Staples required his students to ask the celebrities a question about their experiences growing up. The program was a hit, and not just because the kids enjoyed it. The celebrities enjoyed it too, and connections were being forged on a personal rather than a superficial level.

As word of the program spread, the media picked up on it and did not let go. It started with feature articles in local newspapers. By 1998, Staples had been nominated for the Disney National Teacher of the Year Award. A second nomination followed in 1999. Then in October 2003, CNN did a five-part feature on Staples and the students whose lives he had helped turn around.

About the same time, Staples experienced probably the most memorable and influential meeting of his life. After a few intense hours with Jack Canfield, author of the Chicken Soup for the Soul book series, Staples was inspired to accomplish two additional goals.

First, he set out to help pay for the college education of any Bethlehem high school student serious about contributing to society and needing financial assistance. This was an ambitious goal, but as the philosopher Goethe once said, "Act boldly and mighty forces will come to your aid." Those mighty forces turned out to include local businesses and Staples' dear friend Linny Fowler. In 2004, CAPERS of the Lehigh Valley, Inc. was founded. In 2005, the United Way was so impressed, the organization decided to support CAPERS. To date, the organization has sent over 70 financially challenged students to college without a single dropout.

The second goal set in motion by the Canfield meeting may have been an even longer shot, but it too has come to frution. Last year, Health Communications, Inc., publisher of the Chicken Soup for the Soul series, published Bill's first book: Before the Glory. The book is a direct outgrowth of Staples' relationship with some of the legends of the national pastime and his many years of helping shape the lives of students positively. The book was released in June of 2007 and sold out of its first printing reaching as high as number 5 on the national sportsbook charts.

With the publication of Before the Glory, Staples has begun to spread his message on education to a national audience. But he remains as accessible as ever locally and hasn't let any of the success get to his head. In reflecting on the past several years, Bill sticks religiously to the same quote: "I had help.""

I came that night to hear baseball stories, and left with a totally different message!  I was drawn that night to meet Billy because I needed a dose of inspiration!  I highly recommend you pick up and read a copy of his book, as all the proceeds go to his charity work helping these kids.  You can visit his website at www.BillyStaples.com.

Groups:
Out Of The Box!
RE/MAX Active Rain Bloggers
The Lounge at Active Rain 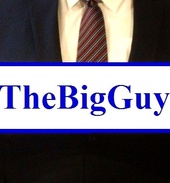