I got the phone call, the one we love to get ... a builder had three homes that he wanted to list and he wanted to visit with me.  He had tried selling the properties himself and because of my visibility in the area wanted to talk with me.

All homes were located on the same street and we agreed to meet at the properties so I could walk through and then discuss.  The first home was lovely, beautiful quality.  The second home was nestled on a beautiful creek lot with mature trees.  As I walked the home I noticed a slight upheaval in the kitchen area floor.  The home was stunning but I had expressed concerns about the area and inquired as to what the builder had noted.  He told me that after the home was built and had sat for a couple of months that the foundation developed a problem in that area.  He said he had some foundation work done and piers were added, something that probably should have been initially done on this lot.  I asked him if he had the paperwork regarding the correction as it would be needed to go with a seller's disclosure.  He said that his homes were new construction and he did not have to do a seller's disclosure. (The state of Texas exempts new construction from disclosures).  I responded that I was aware of the law of disclosure but I felt that since there had been a problem that required correction this would need to be disclosed.  The builder called it an initial building construction issue that was addressed and a disclosure would not be required nor would he fill out one.

Thank you very much for the opportunity, but no thanks!  I explained that I differed from his view and I felt the home had been fully constructed and sat finished then developed a major issue (cost of $20,000 to correct).  I wanted no part of this deceptive representation and left.

He later listed with a Realtor, I never showed his homes because who knows what else was "covered" up.  The homes are now sold.  I believe I not only saved myself marketing dollars but possible legal issues.  Do you think different and what would you have done?

Connie, good discretion on your part. We have so many foundation issues here in N. Texas and to find it on new construction, not good.

Gary - I thought if it starts off bad it just will get worse.

I agree, and I also would not want any part of this transaction.

Good for you! Something like that could cause you misery for longer than could be imagined.

Connie:  You did the absolute best thing you could... you did what was RIGHT !  Just trying to "pull" that on some unknowing buyer... how horrible !  And once they find out about the problem, they are sunk.  A home with a foundation problem... whether it has been "fixed" or not... is still a home with a foundation problem.  And, when they went to sell... it would most definitely turn into a seller's nightmare.  I only wish there was some way that you could spread the word about this builder... and not leave yourself open for grief... or more... from him.  Thanks for sharing.

Connie - any time red flags go up, there is usually a real good reason. You did the right thing. Who knows, the builder may never have an issue with these 3 homes in the future, BUT - BUT IF he did, I'd want  NO piece of that action!

Karen - You have to trust when that voice is saying - Don't do it!

Kim- Busy lady!  When a flag waves I'm yielding on a conservative action.

Most of usl like to sleep well at night and know that we are doing the right thing and the best for our clients -- the commission you lost was a small price to pay for the satisifaction of keeping your standards and ethics!

... I have walked away from a number of listings over the past year, and have never regretted it for any of them !

A bad listing is a bad move in this market !

I would have done the same thing!

Kudos to you for walking away....

I completely agree with you, it is never wise to risk a legal lawsuit for a few thousand dollars in commission.  Material/adverse facts do have to be disclosed regardless of the situation.  I would not want to risk it.

Such situations are what caused California to require builders to provide builders' warranty on their homes. I would have had no problem taking the listings if they were here in California, but ultimately one has to go with one's comfort level. Many new homes often are modified after construction due to various issues. Usually they don't result in a lawsuit, but you never know.

HI CONNIE!  Besides ethics, the other reason I would have run is that I prefer not to work with deceitful people that include these words in their sentences:  "I don't have to."   Anyone who says that - and isn't a child - is a problem!  -- Gabrielle

Connie - I couldn't agree more.  There have been a couple of listings I have walked away from.  And there have been those that I probably should have, because I accumulated more gray hair with them.

Connie, I think you did the right thing. It is not worth the commission to put your professional reputation on the line for an unethical builder!

You absolutely did the right thing Connie, no job is worth your integrity.

You did the only thing any ethical Realtor could do.  A few years ago I walked away from a listing because the Sellers would not disclose that a suicide had been committed in the garage 12 years earlier. (Which was one of the very reasons they wanted to move.)  They felt that as the law at that time did not specifically state that they had to disclose and that the people they bought from took advantage of them, it was OK to take advantage of the next people.

Their law may not have said that they had to disclose, but mine did!

Running, though, will help one keep that pesky weight under control -- LOL.

I ran away from a listing on January 2. I had listed their home a year earlier but they turned down the offers I brought them. Nothing had changed with them, so I declined to work with them again.

Corrine- BRAVO to your choice! Smart!!!

Connie, you did the right thing! I couldn't run fast enough from one listing in my area this week because of unrealistic sellers 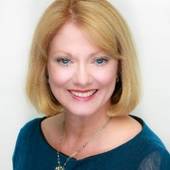