Credit scoring is a rather arcane formula.  One of the biggest factors that can make or break your credit score is your debt ratio on revolving accounts.  The credit scoring model takes many different factors into account, and this debt ratio factor accounts for approximately 30% of your credit score.  I'm not talking about the debt ratio calculation that is a calculation of your income versus your total debt.  That is called debt-to-income ratio.  Although that ratio is used in the mortgage qualifying process, it does not directly affect your credit score.  The debt ratio in this case is how much you owe on your credit card compared to the credit limit itself.  For example, if you had a balance of $750 on a credit card with a $1000 limit, your debt ratio on that account would be 75%.

The credit scoring model considers this ratio an important factor in determining your credit score, regardless of the amount of the debt and/or credit limit.  Once the balance on a revolving account goes above 50% of the credit limit, your score will tend to drop.  Once it goes above 75%, it will usually drop even more.  Ideally, you want to keep your credit cards below 50% of their respective limits.  Keeping them below 25% is even better.  But don't close them thinking that will help!  That can seriously damage your credit score, especially if the account is older and established.

In the case of a recent client, they happened to have a credit score of 617.  I was actually referred the client by a lender that could no longer do FHA loans under 620.  Although I still had a source for those at the time, the interest rate with this lender was significantly higher than what I could have gotten them if they had at least a 620 median credit score.

But after reviewing their credit report, I noticed they had one credit card that showed to be almost maxed out, but the limit was only a few hundred dollars.  It wasn't like they were carrying a huge load of credit card debt, they just had a card that was showing a balance very close to the credit limit.  To be exact, their debt ratio on this credit card was over 90%.  It didn't matter that the limit was so small because the credit scoring model seems to care more about this ratio than the actual dollar amount of the debt itself.

When I called them and asked about the account, they informed me that they usually pay the full balance every month.  However, credit card companies normally only report the balance once a month, and this usually happens at a time when the balance is at its highest within the billing cycle.  So even though they regularly paid the full balance (usually less than $300), the "reported balance", which is the balance used by the credit bureaus to calculate their score, was showing that the credit card was very near its limit.  And because of this, their score was substantially lower than it should have been.

So what to do?  I knew that even if they paid the full balance of the card, we would probably have to wait about a month before the credit bureaus picked up on this new balance which would increase their score.  Knowing that their contracted close date was less than a month away, this was not an option.  So I had them fax me a current online statement from their credit card company, and I sent that to the credit bureaus to have them perform a rapid rescore.  And lucky for them, it worked this time.  Their median credit score is now a 651, and I was able to get them a much better interest rate.

The rapid rescore process is a very useful tool that I have used to help many clients obtain lower interest rates.  And in some cases, it has made the difference between an approval and a denial.  Not every lender offers this service, but fortunately we have the ability to do them with all three credit bureaus.  The cost is rather expensive ($21 per bureau), but that's a drop in the bucket compared to how much these clients would have to pay over the life of their loan had they been forced to settle for the higher interest rate.

Ever since Fannie Mae started charging loan level price adjustments, home buyers have been forced to accept higher interest rates for having less than perfect credit, especially for Conventional loans.   These are significant adjustments that can cost a home buyer thousands of dollars.  In some cases, the difference between a 639 and a 640 credit score can mean paying thousands more dollars in either discount fees or higher interest payments for the life of the loan.  In those situations, the $21 cost per bureau is well worth it.

Of course, rapid recores don't work 100% of the time.  Sometimes additional data may show up on the new credit report once the process is complete that may negate any positive impact from the rescore.  Because of this, it's always a good idea to begin OPTIMIZING YOUR CREDIT SCORE at least a few months before you plan to purchase or refinance your existing mortgage.  Here are some tips to help you with this process:

If you have one or more credit cards, consider the best way to maximize the effect of paying down the balances based on the debt ratio if you plan to apply for a loan (mortgage or other) in the next few months.

For example, let's say you have an extra $1,500 to pay down your balances and you have three credit cards:

What would it take to MAXIMIZE YOUR DEBT RATIO on every card if you had $1,500 extra to spend?

Most people would instinctively pay $1,500 on the third card since it's the one with the highest balance. But doing this would not bring that ratio down to below 50% and would more than likely have NO POSITIVE EFFECT on their credit score.

So you've taken about $1,500 and maximized the positive effect this has on your credit score.  This would get your debt ratio to below 50% on the first two cards and below 75% on the third card.  (The thresholds tend to be at 25% incriments).

Remember, of course, that if you pay them down and then charge them back up over that threshold, your efforts will probably not have any positive effect.

Keep these tips in mind when applying not only for a mortgage, but any type of loan, job or insurance policy that may be based on your credit score.  It could mean a world of difference. 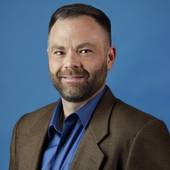