I was informed today by the Northwest Louisiana Association of Realtors that Barksdale Air Force Base has been named the headquarters of a major new command.  This is good news for Barksdale and good news for the cities of Shreveport and Bossier.

The Global Strike Command will oversee the nation's nuclear-equipped bombers and intercontinental ballistic missiles.  Senator David Vitter and Representative John Fleming, both on the House and Senate Armed Services Committee, actively campaigned that the command is a natural fit for Barksdale since it already houses long range weapons systems, including the largest group of B-52s.

What does this mean for the folks of northwest Louisiana?  The economic impact will be significant since bringing the Global Strike Command to Barksdale will mean upwards of 1000 Air Force personnel in permanent jobs.  Also significant will be the economic stimulus created by the many temporary jobs during the construction phase.

Some people are nervous about having such a large arsenal of nuclear weapons right in our own backyard.  What is not known by many who are new to the area, however, is that Barksdale has for decades played a role in the nation's nuclear weapons system. Somehow, as a girl growing up in Bossier City, I always knew that if Russia decided to strike, Barksdale would be one of the first targets. And somehow, I was strangely comforted by the fact that death would be instantaneous and painless (or so I believed).

Is the danger real?  Yes, but so is getting hit by a car tomorrow.  Is it any reason not to live here?  Not at all.  With almost 10,000 current military employees and multiples of that in family members and retirees, Barksdale Air Force Base has been and will continue to be an important integral part of Shreveport and Bossier City.

Ask any long time resident here, and they probably have some tie to the base.  My own grandfather was employed by the construction company that turned the cotton fields into air fields.  He guarded the money bags on payday and accompanied the boss on his rounds as he doled it out to the workers.  He reportedly carried a pistol on his belt to ensure the money made it to the intended recipients.  I don't guess that position will be posted for the construction of the new facility for the Global Strike Command! 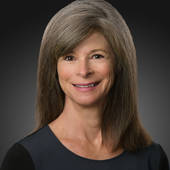