Here in Portland, Maine we all know why we love living here.

Portland is a great metropolitan area with great access to the arts, entertainment, outdoor living and even in the recent economic downturn the Portland area has remained generally stable as far as economic opportunities. The Greater Portland metropolitan area is the center for jobs and commuting from other areas is relatively easy compared to other larger cities.

Recently I was showing houses and condos to visitors from Washington D.C. and they could not believe how easy it was to get around even at "rush hour". From Portland's Old Port area you can be to great beaches in 15 minutes, to ski areas in an hour, to lakes and waterways in under an hour and as far as retaurants and entertainment. Pretty much anything you want within walking distance.

US News and World Report has named Portland one of the Top Places to Retire.

Could it be the rest of the world is catching on ?

Call 207-741-2006 or email me at droberts@waterglenrealty.com for listings in Greater Portland and the Lakes Region

Portland is a great city!  Congratulations on the bragging rights!

I've lived in a few major cities in the US.  I find it difficult to even think of Portland as a city.  Because of the lack of traffic, tall buildings and congestion...and billboards, I tend to think of it as a larger town.  It's one of the best parts of Maine! 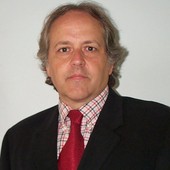