I have a client who wants to sell the townhome I sold him 5 years ago.  If he sells now, he'll recoup his purchase price, but not the cost of the extensive improvements he made to the property -- about $50k worth.  I initially suggested he rent it out, but that's not his thing, and he DOES want to sell becasue he wants to move to a very upscale community while prices are depressed and interest rates are low.  But he is lamenting all those upgrades that won't net him a dime!

One priority for me is that my clients be comfortable with their selling and buying decisions.  I pointed out two things:

2. He is not really "losing" any money -- in fact, he will realize a gain of nearly $90k!  Because if he hadn't been living in his 3 bedroom, 2 1/2 bath townhome for 5 years, he would have been renting.  In this area, a rental of those proportions in a nice area would have been around $2500 a month.  So the cost of a rental for the past 60 months would have been around $150,000.  During that time, the only extra expense he's had that he wouldn't have had in a rental is the $200 per month condo fee -- or about $12,000.  So, even if he sells the condo for the price he paid, and subtracts the upgrades and the condo fee from what he would have paid for a rental (since you can't live ANYWHERE for nothing), he will be ahead about $88,000 -- very good in this market.

Tags:
real estate loss
moving up in a down market
thinking outside the box in real estate 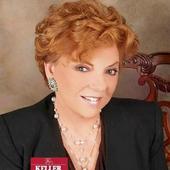