I understand that everyone has the right to make a living but why do some people have to prey on the good people that are going through really bad times.

I just had a home owner walk into my Real Estate office and ask if there were any leases in the area available because he needed to move right now.

It turns out that he lost his job and got behind in his mortgage payments. He has been getting phone calls telling him that the only way for him to save his home is to pay a fee upfront so that they could help him. He thought these phone calls were coming from his current lender. They were not.

He has found another job and would like to stay in his home. We suggested that he stay in his home and try to work something out with his lender for a loan modification or payment plan.

He was almost scared out of his home by the phone calls his was getting. Hopefully we will be able to help him and his family save their home. He still has time..................

Hi Gail, it really is sad how there will always be people to not only take advantage of other peoples misfortunes but to even further those misfortunes.  In a way, he was lucky he found someone to help him along with some sound advice. 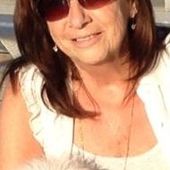