WASHINGTON The U.S. Senate today unanimously approved an amendment to the Fiscal Year 2010 Budget Resolution by U.S. Senator Johnny Isakson, R-Ga., that seeks to stimulate the nations declining housing market by providing for a $15,000 tax credit to individuals who purchase a home in the next year.

Our economic crisis started with housing, and our economy will continue to suffer unless we do something now to immediately fix the housing problem, Isakson said. Im pleased my colleagues in the Senate understand the importance of creating targeted incentives that will encourage Americans to buy homes again.

Isaksons amendment to the Budget Resolution would create a deficit-neutral reserve fund for providing a nonrefundable federal income tax credit for the purchase of a principal residence during a one-year period. It would also ensure that there is room available in the Fiscal Year 2010 budget levels for a homebuyer credit to be passed at a later date. Isakson plans to introduce his $15,000 tax credit as a stand-alone bill in the next few weeks.

On Feb. 4, 2009, the Senate unanimously approved an amendment by Isakson to the economic stimulus bill would have provided a direct tax credit to any homebuyer who purchases any home. The amount of the tax credit would be $15,000 or 10 percent of the purchase price, whichever is less. During conference negotiations between the House and Senate on the final version of the bill, Isaksons $15,000 tax credit for all purchasers of any home was removed. Instead, House and Senate negotiators made only small modifications to the first-time homebuyer tax credit that was enacted in 2008 as part of the Housing and Economic Recovery Act of 2008.

Isakson has pushed hard for a non-repayable tax credit for homebuyers because he knows that it will work. In the mid-1970s, America faced a similar housing crisis when a period of easy credit and loose underwriting flooded the market with new construction.  Interest rates rose, the economy slowed and America was left with a three-year supply of vacant homes. Congress responded by passing a $2,000 tax credit for anyone purchasing a new home for their principal residence. Isakson, who was in the real estate industry in Atlanta at the time, says the results were clear and swift as home values stabilized, housing inventory dropped and the market recovered.

Last year, Isakson introduced legislation to specifically target those homes that were causing the unprecedented increase in housing inventory by offering tax credits to individuals purchasing a foreclosed home or a home where foreclosure is pending. In April 2008, the Senate passed legislation to stimulate the nations declining housing market that included Isaksons proposal. However, the final version of the legislation that was signed into law included only a $7,500 tax credit for first-time homebuyers that must be repaid over a 15-year period. 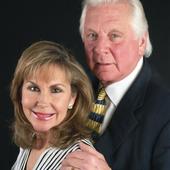 ActiveRain Community 7 months ago
bookmark_borderbookmark
Is a tax credit the same as a tax deduction?
View more Recent Posts   arrow_forwards