The American Dream for me encompasses many things - but I do remember many years ago, the opportunity of homeownership was highest on that list.

When I purchased my first home in 1976 - I was told that house prices never go down.  Then in 1982 and 1983 interest rates reached 19% - the few buyers who could purchase were generally transferees with financing subsidized by their corporation.  Prices really didn't fall too steeply - it was just that few people could afford to buy a home and it meant that very few people could sell.

Then starting in 1984, interest rates came down, the opportunity and demand for homeownership rose dramatically and so did prices. And the myth returned that house prices would only go up. The dream returned as the prices for homes rose until 1988 when they peaked.

House prices took a tremendous drop.  In my market area, it wasn't until 1998, that prices returned to where they were 10 years prior. And of course the next boom arrived.

Now we've passed that boom and we're witnessing the aftermath of those many years of easy money, over demand and great inflation in the pricing of houses.  The situation this time is even more disastrous with foreclosures in neighborhoods you would have never thought and an untold number of homeowners upside down in their mortgages.  Lots of homes are vacant and many houses are for sale.

The promise of homeownership for many folks has become a hope - a hope of finding assistance to keep their house.  Was the American dream an illusion?

Perhaps the real problem was the delusion - the delusion of entitlement ... the expectation that housing prices would only go up and a house was an investment.  Buy a house, live there a few years; sell it at a profit and move up to a bigger better house.  And better yet buy several houses and make even more money.  The delusion is this premise treats a house as a material thing, an investment and a vehicle of monetary value.

If only we could find the basis of our personal values in other ways. Then a house could once again be a home; a home that could be a great place to live the dream.

Alas, we have been here before. If only the next time around we can remember that the American Dream is better understand as the opportunity to have a home to live in, make a life in and be satisfied in.

If more people believed that, they wouldn't be walking away from their houses and giving them back to the bank.  They just might be fighting to keep their homes. 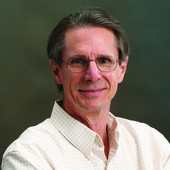