The latest home sales statistics for Santa Clara County, California are as follows.  This information is based on property tax records for the county.

Overall, the number of homes sold in 2009 for the months of January and February have exceeded the total number of homes sold during the same period last year.  However, the median price of the home has fallen from $750,000 in February 2008 to $450,000 in 2009 (a reduction of $300,000 or 45 percent).  Condominiums have fared a bit better with slightly lower unit sales in January and Februray 2009 from the same period in 2008, but with a more modest drop in the median pricing from $526500 in February 2008 to $410,000 in 2009 (a reduction of $116,500 or 22 percent).  The glimmer of good news here is, of course, that typically January and February are slower sales months than the period from March through July each year.  The improved unit sales for both months portends that our spring and summer sales may be stronger than was previously anticipated.

For the the most recent market information or to obtain data about a specific area within Santa Clara, check out my website at gracemorioka.areaprorealty.com or call me at (408) 426-1616.  Thanks! 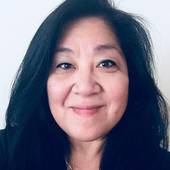