The National Realty News has an interesting article written on May 15, 2007. Below is Part 2.

The biggest total annual sales increase was in Wyoming, where existing-home sales rose 19.9 percent from the first quarter of 2006. In the District of Columbia, the first-quarter resale pace rose 9.3 percent from a year ago, while Arkansas experienced the third strongest gain, up 8.8 percent.

Median first-quarter metro area single-family prices ranged from a very affordable $75,300 in Elmira, N.Y., to more than 10 times that amount in the San Jose-Sunnyvale-Santa Clara area of California where the median price was $788,000. The second most expensive area was San Francisco-Oakland-Fremont, at $748,100, followed by the Anaheim-Santa Ana-Irvine area (Orange Co., Calif.), at $697,300.

In addition to Elmira, other affordable markets include Decatur, Ill., with a first-quarter median price of $76,200, and the Youngstown-Warren-Boardman area of Ohio and Pennsylvania, at $78,300.

In the condo sector, metro area condominium and cooperative prices - covering changes in 59 metro areas - show the national median existing condo price was $224,500 in the first quarter, up 1.0 percent from the same quarter in 2006. Twenty-seven metros showed annual increases in the median condo price, including seven areas with double-digit gains; 31 areas had price declines and one was unchanged. 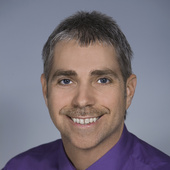