This morning, I was running late for an appointment. As a sped down the road, I saw a car that was stopped on the side obviously broken down. I drove past and thought darn it. The person I'm going to meet will understand, so I turned around to help. The lady looked so relieved that I had stopped. I offered my cell phone to her so she could call a tow truck. She called a local garage and her husband. We talked for about 10 minutes before her husband got there. They both thanked me numerous times and offered to give me money for using my cell phone. I told them that they were welcome but I really didn't want their money. They kept insisting that I take it so I said, you may find a better use for it so I insist on you keeping it. And I drove off.

On my way home, I had to stop at the grocery store to pick up just a few things. I wasn't thrilled that the store was so busy. I grabbed what I needed and found the shortest line. I was the third person in line and thought, oh; this isn't so bad...until... the person at the checkout started counting out change. Great. It was an older gentleman who only had a few things. As I grew impatient, the man quietly asked the cashier to put a few carefully selected items back. What happened next is by far the most beautiful thing I have seen in a very long time. The lady directly in front of me made a motion to the cashier. As the man turned to gather up his bags, the cashier quickly scanned the items and the bagger very discreetly scooped them up with the rest of the man's bags. The man left the store not knowing that a random act of kindness had just occurred. When the man gets home he will have his bunch of bananas, his can of soup and his package of hotdogs.

I thought to myself that was amazing. A complete stranger helping someone out just because she took the time to notice what was going on around her. I leaned forward and said to the lady "that was beautiful, you're a good person." As she's turning around she says "a stranger helped me today and I thought I should do the same". When our eyes met, I realized it was the lady with the broken down car.

I'm sitting here with tears in my eyes as I read your story.  It's moments like those that make everything worthwhile.  We should always remember to lend a helping hand expecting nothing in return.  There are so many people living in difficulty right now.  I would have loved to be a fly on the wall when that man got home with his food.  Wonderful, wonderful story.  Thanks, you made my night.

Hi Geri! I think I was supposed to be there at that time and place yesterday to receive that message. What are the chances of this happening? One in a million I'm sure. It certainly has been a reminder to me that we are all connected and the slightest gesture can change a persons day. Thanks for taking the time for me today.

That was great! We let too many things get in the way of kindness! 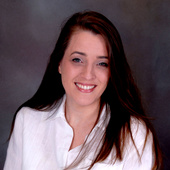