Adventist HealthCare has taken the next step in the long approval process toward its hoped-for Clarksburg Community Hospital and medical campus.  On Friday, Adventist filed a Certificate of Need with the State of Maryland.

Adventist has already received major land-use approvals from Montgomery County, with a final site plan to be filed later this year.  If approved by the state, the hospital could open as early as 2013.

The site is located at I-270 and Rte. 121 and would include a 100-bed hospital, nursing care center, physicians' offices, outpatient facilities, and a day-care center.

Obviously, hurdles remain, not the least of which is the new plan by Holy Cross Hospital to build a competing facility on the Germantown campus of Montgomery College.

...So its up to the Clarksburg community to rally support for the Adventist plan if it wants to see the benefits of having this new facility.  For more information, you can visit www.AdventistHealthCare.com 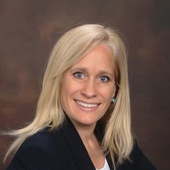