We are closing in on almost 4 months since the benefits of the Stimulus Package for home buyers was announced.  Unfortunately, the incentives have not yet spurned an appreciable amount of buying activity, though some markets have reported some modest upswings in the past 3 months.

So, why haven't the results been more dramatic.  To begin with, the stimulus package didn't reach deep enough into the population to benefit all buyers at all levels of the economic scale.  Anyone that is not a classified "first time buyer" does not get the $8,000. Federal tax credit that is promised the first time buyer.  They are also the ones who can afford in many cases to wait and try to time the market, hoping for a better deal.  They are not likely to be that smart, and will not benefit by waiting near as much as they would by buying now, and do their share to restimulate the economy.

The first time buyer, on the other hand, is the one most likely to be timid about making their investment in a new home during a period of uncertainty, and when jobs are being lost everyday.  They are influenced by watching their family members and neighbors come home with their pink slips, and scared they may be next.  Understandable, and totally a part of our human nature.

Both of these groups of potential home buyers could do a lot very quickly to jump start the economy, the stock market, and the general feeling of well-being across the land by doing what they already want to do.  They could stop the bleeding in the employment numbers, reducing the risk of losing their own jobs,  open the home building businesses, and all those that support it with the products they sell, and send a clear and message to the world that it is the consumer that leads out of recessions, not governments.

The only thing that the government can do, is provide the atmosphere for that buying activity, and it has fallen sadly short of creating that incentive.  Spending on it's favorite programs is not the answer, and I believe the economic indicators, after 4-5 months now, has told us just that.  The question still remains, will the public take the bull by the horns, or wait for mother Govco to solve it's problem? 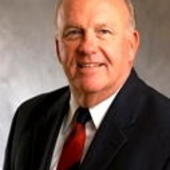