The Flying Biscuit Cafe had its GRAND OPENING yesterday.  After leaving my Tuesday morning office meeting, I decided that I would sneak over to the biscuit before my next appointment.  I pulled in off of 43rd and before I even rounded the Hollywood Video corner, I noticed cars as far as the eye could see.  Apparently, half the town also thought they would be "sneaky".  Unfortunately, the 20 minute wait did not fit in with my strict time schedule, or I would probably (hopefully) be effusing about how good the place is by now.

So what is the Flying Biscuit?  Well, the first restaurant opened 15 years ago in Atlanta.  The owner of the Moe's Southwest Grill and Heavenly Ham franchises here in Gainesville is opening up one of less than 10 Flying Biscuit franchises in existence.

The novelty about the biscuit is that you can have breakfast all day, or you can partake of their lunch or dinner menus.  This is also a vegetarian friendly restaurant, offering Morningstar Sausages, Hummus Wraps, Black Bean Quesedilla, Veggie burgers, scrambled tofu, and so much more.  They even offer a Vegan BBQ burrito.

For those who are meat eaters, the selection is no slouch.  They have shrimp and grits, a traditional low country favorite, a BLT with fried green tomatoes, turkey bacon, cashew-jalepeno relish and goat cheese, meatloaf, chicken dishes...a whole variety of different things.

Check out the menu to see what speaks to you.  There are a few things on the paper to go menu that I took the other day that I do not see on the online version, but this should give you a taste of their offerings:

Angela - This restaurant sounds great! You're making me hungry, and I just finished lunch... :)

Sounds really good. I am a vegitarian and it makes eating out a challenge. It has it's ups though. I have not been to a Mc Donalds for years. I keep thinking they should get it together and put out a veggie burger. Since we changed our diet my husband has gone off his chloresteral drugs. He still orders a steak out, but it has made a big difference-Dinah Lee

Hi Dinah, I am also a vegetarian (of the ovo-lacto-pesco variety), so I'm really excited that there are several things for me to eat here!

Burger King has had a morningstar burger for a while, so I'm not sure why McDonalds hasn't put one out yet...

Angela- i did not know that. I do not think we have that one in Washington. I would love to be able to have a whopper and eat it too!Great to know you!-Dinah Lee

Angela - Recent clients of mine from Atlanta have told me how great this place is.  They are moving here and glad to see they will have one here in Gainesville too.  I need to go check out this place! 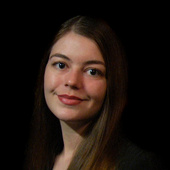