I’m a big fan of quitting. Sometimes it’s just the right thing to do. Get rid of the dead weight every once in a while, I say! Sometimes when you’re in a business that’s just not working or when you have an investment that’s not performing, it’s just the right thing to do…cut it loose! One of the mantras we hear all the time is “never quit”. It gets ingrained into our psyche. We think if we quit, that means we fail. I want to discuss very briefly when it’s good to quit and when it’s good to stick with it. I’d also like to get your thoughts on this.

Quitting does not mean failure. Some things don’t work. You don’t need me to give you all the common examples of failures leading up to success, do you? Michael Jordan is famous for pointing out that he’s missed the game deciding shot many times more than he’s made it. He’s missed more shots over all by far than he’s made. Yet no one considers him a failure…sometimes you simply write off your misses and move on to the next shot. You may not think playing basketball is a fair comparison to a business you’re in that’s failing or an investment you’re holding onto even though it’s losing you money, but it is a fair comparison under one condition. If your goal is to be *successful* in business…if your goal is to be *successful* in your investments, than you need to let the losers go. Jordan doesn’t stop the game and demand to keep trying the same shot over again until he makes it. He missed. It’s over. The clock keeps ticking. Life keeps on going. You move on. You move on to the next shot. In life, your next shot can be the next business. Your next shot can be the next investment opportunity. If it’s failed, don’t stand in one place, and for God’s sake, don’t continue to lose money if the plan doesn’t work. Learn, and move on to the next shot.

Here’s when it’s NOT time to quit:

These reasons are common reasons to quit, and they are not good reasons. The question to answer is this: what’s your next move? If you can answer this, and you can show yourself that you have a better opportunity, take it. Even if you have a successful business…if you have something better (more fun, more profitable, etc), go for it. The point is that any business is going to have income fluctuations from time to time. Any business is going to get tough, need reworked and require an immense amount of effort from time to time. These are not reasons to quit. They are reasons to turn it up, to get creative, learn new things. You can make ANY business fun and worth doing. But building that sucker is going to take some dues paying. Don’t quit because it’s tough, because it’s going to be tough either way. But when you know you’ve missed your shot, don’t sweat it. Cut your losses and move on to your next shot. Remember, the clock is still ticking. You’ve got time.

When do you think is the right time to call it quits on a business or investment?
Have you ever just moved on and been really glad you did, or really un-glad you did?

Tags:
building a business
how to invest
quitting

Christian, unless you do not not like your job/career, I am all for sticking with it. I best things in life are often the most difficult to earn.

Please remember me if you learn of anyone moving to "The OC" and I will do the same!

Were you trying to break the record for number of blog posts in one day?  Just giving you a hard time.  :)

Excellent points.  Have a good one! 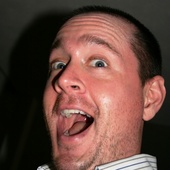