In March 2009, Greater Toronto REALTORS® reported 6,171 sales - down seven per cent from March 2008, representing the smallest year-over-year decline in the last five months. The average price for March transactions was $362,052 - down less than five per cent from the same month last year.

"The Greater Toronto housing market has stood up very well given the challenging economic times the world has experienced in recent months," commented TREB President Maureen O'Neill. "In fact, over the past two months, the situation in the housing market has improved."

The seasonally-adjusted annual rate of sales increased to 65,600 in March - up 36 per cent from the ten-year low reached in January. "Sales in March increased at a rate over and above what would be expected from the normal spring-time bump," said Jason Mercer TREB's Senior Manager of Market Analysis. "A greater number of households have taken advantage of increased affordability in the housing marketplace." 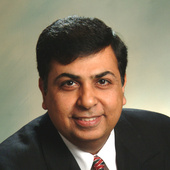