In the last post we discussed a situation that involved Polybutlylene, Poly or PB2110 for short.  In Florida, this is the grey stuff (sometimes white or blue) that makes an agent sink.  As an inspector we report the material and condition.  That is the long and short of it for us.  As an agent representing a seller with Poly or an agent explaining the facts to the buyer, your job has just become a whole lot more complicated.  My previous post was to try and discover a way to deal with this issue without causing a general panic.  I stated that education was the key to this problem.

Why is it a problem?  I mean as an inspector I have seen Poly that was 20 years old and just dandy.  My house, built in 1996 is entirely Poly - I have had one toilet fitting go so far.  Poly was used for over 50% of the residential construction between '85 and '95 in Central Florida.  That is a lot of grey plastic to have to deal with.  The truth is that this material has been recalled no less than three times in a 10 year time span.  In fluctuating climates the problems arise from expansion and contraction of the pipes and fittings.  In places like Florida the problems occur from treated water.  The higher chlorine levels actually deteriate the material from the inside out.  Moreover, a Poly leak usually is not a pin hole if the pipe goes.  Many times it will split length wise causing much more damage.   It's not just about the plastic fittings.  Finally, finding insurance for a Poly home is extremely difficult and costly.

My experience with Poly and my home inspection in Oviedo is one of the reasons I became an inspector.  I purchased my house in 2001(year of the latest recall).  My inspector assured me that the plumbing was good, easy to work on, and inexpensive to repair.  My seasoned and veteran agent who used to be a friend relied solely on the "inspector's expertise" and stated, "If he says it's good - it's good". (Please don't do this - we are human too) I discovered the whole poly problem in late 2005, ten years after the construction of my house and at the closing window of opportunity to receive federal assistance.  I, like thousands of other duped home buyers am stuck.  The reality is that I will have to re-plumb within the next ten years or before I sell.

Does it have to kill the deal?  I would think not.  So long as everyone is informed and educated as to the issues, reasonable negotiations should be able to occur to adjust for the burden of Poly.  My easiest suggestion is to obtain quotes of three reputable plumbing contractors for the cost of a re-plumb, pick the middle and knock it off the selling price or try and convince the home owner to have the job done before it hits the market.  (Much easier for the agents)

Education is the key.  Knowing the problem and how to present the solutions to the seller and buyer is the key.  You can do a search and find enough stuff to keep you busy for a few nights.  For those of you that want a short-cut - is a good place to start.  Also, remember that most of the publications and materials on Poly come from the plumbing industry trying to clear their name and responsibility and trying to find work re-plumbing houses.  I personally do not feel like dropping thousands until I absolutely have to.

Just make sure that when you have to drop thousands, you do it on your schedule. I discovered too many times that when someone else has control of the time schedule, they also have control of my bank account.

Thousands is a retail ball park for this area.  I would of course arrange a service trade with a licensed rupitable plumber if I did not tackle the job myself.  Good advice none-the less.

I just read this on an inspector's report.."The home's potable water pipes are Polybutylene plastic material that is no longerused in residential construction because of a history of breakage and leakage. Due to a high failure rate the pipes should be replaced. "

I am sure that as the materials age, there will be more and more aggressive language coming from inspectors.  They are worried about the blame game.  For some inspectors, CYA goes beyond disclosing the facts and includes recommended action.  I try, and its not always possible, to stear away "recommending" the solutions.  I find it best to to explain as many possibilities and disclose the risks involved and then let the consumer decide.

Out here the courts are encouraging home inspectors to use a five-point reporting system: 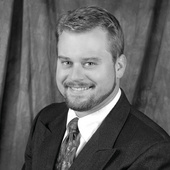 ActiveRain Community over 11 years ago
bookmark_borderbookmark
What is Infrared or Thermal Imaging to You?
View more Recent Posts   arrow_forwards

Get Your Own Real Time Visitor Map!