TAMPA - Nearly half of the 257 condos at the Towers of Channelside have sold, including one in February to Tampa Bay Rays third baseman Evan Longoria, but those sales still aren't enough.  The developer of the twin 29-story towers has notified its lender it's giving up on the project 15 months after it sought bankruptcy court protection and six months after it declared its reorganization a success. 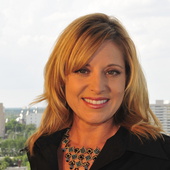