In 2009 Moline Little league will be restructuring our age groups with the addition of the AA Major League Division. This division is structured to accommodate experienced Minor League players who are interested in the competitive nature of the Major League but would like additional guaranteed playing time. Major League rules will be applied to this level of play which should be considered as preparation for more advanced play. This division will be assembled by a draft procedure similar to Major League and everyone 10 years of age or older must tryout.  Those players already drafted on to Major League teams prior to 2009 will not be affected by the restructuring plan and will return to the same teams they were on in 2008.

My nine year old son will be starting little league season this week.  Matt is in the "Minor League" division for 9 & 10 year olds.  This will be the first time he has to face "kid pitch"...all the previous years have been coach pitch.  This is also the first year he will be "playing by real rules"  with walks, strike outs, base stealing...you know real baseball.

Should be a fun year, hope there will not be too many bruises from fire-balling 3rd graders.

Keep up the posts on Little League! I never played baseball, but love it. I was there as a youngster when the Braves came to Atlanta and consider myself blessed by watching Aaron, Mayes, Clemente, Mathews and so many more of the old greats growing up. Still, I LOVE watching Little League!!! 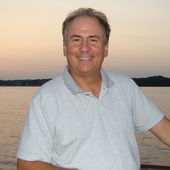