This subject came up at TIJ. I've had reason to think about this lately, and thought it would be nice to kick around here.

It's safe to assume, that we all report lack of GFIs in a home, even if it was built prior to them being required. But what about AFCIs? Do you report if a home that was built long before AFCIs were required?

Since my inspections focus more on structure, topography, and safety, I don't necessarily care if something was built prior to a code change, if I think something is unsafe or unsound, I don't care what code says, I include it.

I agree with other contributors, who felt that AFCIs, until now, were yet perfected and worthwhile, but yet, as was brought up, the new technology AFCIs seem to be working as intended.

If AFCI's operated dependantly, and prevented alot of fires, will you then include them, regardless of code, just as we include GFIs.

Another thought that came to light, it that, unlike a GFI is relatively simple to install, whereas an AFCI can be an expensive undertaking.

Long time no see, good to see ya. How ya been do-en?

I do include them in my reports to my clients. Just like you Steven, my clients and their family's safety is the most important thing to me.

Carl and myself, have been wondering, some of our other Inspector friends, would be back to the community.

Hey Steven could hardly believe my eyes, Welcome back. Yes, I also include in my inspection report. What have you been up to. This is great, last week David H. came by to visit and now Steven. Don't stay away so long and come back more often. Dale and I have been holding down the fort and we need reinforcements.

Dale how ya been?

Carl, Ceil, are you folks taking care of my beautiful Texas? What are you guys up to? It's nice to stop by, I'll try to be more frequent.

I did not include AFCI in my report. If they turn out to be life savers,  and reliable, I may reconsider.

Hail Hail the gang is all here.

Just got done sending a private message to Steve.

I am always working and glad to be a Home Inspector but wish I visited a little more.

From time to time I stop in and lurk but do not post.

Loved all the blogging here the last few years as it helped me develop my typing skills .

You guys are like old friends I will always come back to.

Back on subject pre 2003 I define and suggest AFCI be put in as an upgrade at some point.

I am in the camp of recommending them as a safety upgrade---sometimes even for older wiring systems to add a layer of protection until the wiring can be replaced.

SInce they have been so problematic, I have not recommended them. I wouldlike to see some "history" with them. Once I have more confidence in them, I may start.

WHat other new codes that are not required do you guys recc?

I'm a do-en just hunky dory! Been haven a lot of fun here along with Carl and Ceil.

Looks like we are haven a home comen week, here in the AR community. Glad to see ya. Do you remember the comment, that you made a few moons ago. About you'ed like to see me postten more. Will my friend, I've been a do-en just that. I've even signed up over at Twitter. And a few other places. Bob I sure do miss reading yours and Steve's posts.

Well hello to our long lost buds; it is like old times. Dale and I have been holding down the old hitching post waiting for you to come back. Now no lurking, at least let us know you have been lurking.

My typing hasn't gotten any better, just come in every evening and blog a howdy, and make a few comments. Now Dale he has been writing some very good post for new home buyer's and making some good recommendations.

Glad you are back and don't stay away so long next time.

As for TX we are great. It's spring and everything is in full bloom but...but....but...we need rain. We are way below the average.Ceil does her regular rain dance every morning but so far its not working.

I do not note the absence of AFCI on older homes.  Why? Well, for one thing they can not be added to a circuit on an older home like a GFCI can be added.  Many panels will not accept them.

Steve I hope you got it by now.

Back on subject I include definition of what AFCI and GFCI are.

Leave it up to the client to figure out if upgrade is worth it.

I will explain what AFCI's are but I don't recommend the upgrades on older homes.

....Our State has amended how they adopted the 2008 NEC, and does not require AFCI's except for the bedrooms. This has allowed some cities (Like Seattle) to adopt the more stringent 2008 NEC with those requirements. I understand there are several municipalities doing this, but not all.

As home inspectors I don't see that it is our place to determine who is in compliance and not. That is handled by our State L&I Electrical inspectors.

Also knowing when a new home was permitted is not part of our job description. Homes permitted before the NEC 2008 was adopted will have different requirements than those permitted after adoption. To me there are way too many variables for inspectors to make a call regarding the absence of AFCI's.

I would not be making a recommendation to upgrade older systems. In many cases that is not possible.

That said there is nothing wrong with educating the home buyer about the AFCI's and if they want to discuss the improvement with an electrician, they are free to do so. But the absence of AFCI's in a home that was not required to have them installed is not technically a defect.

Not to stir up anything but in the 1960s seat belts were not required in cars.

Would it be ok to not have one since it was not required.?

How important is it to have AFCI? and if it is not important enough to suggest upgrade why are they required at all.?

There is no question that AFCI's have reached a reasonable measure of reliability and safety for the homeowner. There is just way too much information available to further ignore this issue anymore. Like GFCI's, they will have growing pains and sceptics that will forever condemn them. In my opinion jurisdictions that ammend the updated code in regards to AFCI's are neglegent in thier responsiblity to the community.

That being said, I have not yet started reporting on AFCI's as I have GFCI's but I am planning on making that change shortly. Like most I was waiting for the train to come on on the reliabilty aspect and that has seemend to have already happened.

Bottom line, AFCI's save lives. Home inspectors can be an instrument in making homes safer (we do this everyday) so why not. Most balk because they still believe very old information in regards to AFCI's reliability or applicabilty and others (probably the most) won't because they are afraid of upsetting realtors. I think it's time to get past that. Recommending an upgrade won't kill a business, but it may save a life. 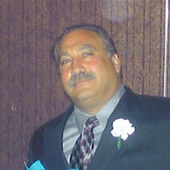