The last few weeks of ski season, or the first couple weeks of April have seen record snow fall at Vail and Beaver creek.  The great snow conditions coupled with Easter and Holy week falling so late in the year has somewhat helped Vail to recover some lost revenue. Real estate which follows the visitor trend was way off. See stats on www.VailValleyLiving.com. The last two weeks of March saw lower lift-ticket revenue than usual and less than stellar snow fall.

Both retail shops and rental agencies reported similar experiences seeing some slight decline over the normal numbers for end of March. Guest bookings for the entire 2008-2009 ski season were down around 12.8 percent compared to last year.  And while Vail resorts also saw a 6.2% decline in skier visits compared with last year, despite the incredible sales of the popular Epic pass, the shortfall still seems relatively minor compared to what is happening in the rest of the country. Next years Epic pass sales have already started, a small amount of money down is required.

Our Real Estate seems soft in terms of the number of sales and sellers are dropping prices as the season ends. The next 6 weeks are the premium feasting time for Buyers as Sellers who did not sell will want out and after the 1st of May they will be looking for the summer crowd to help them. 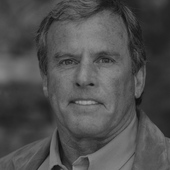 If it is happening in Vail, there is a fair chance you will find it here. In my blog I will discuss developer projects, new listings and even talk about whats going on in the Vail Valley. If you want to know about a new restaurant, a concert, or a world class sporting event, this would be a good place to find it.