I know someone is going to get upset about me writing this and I don't dislike Re/Max. I love the brand and all it brings me but the Re/Max spam policy has really got me fired up.

Re/Max recently revamped a server called MainStreet which is where us Re/Max agents go to create fliers, get artwork, talk on the forums, etc. Before the new MainStreet went live I received an email telling me that because of the system changes I would need to re-register for MainStreet. No problem I thought, I'll just pop over and create my new account. Boy was I in for a surprise. The user agreement that I must agree to to use MainStreet says in part:

"To be a Member under the terms of this Agreement, you must also have affirmatively opted-in under the CAN-SPAM Act of 2003 and agreed to receive commercial electronic mail messages (as defined by the CAN-SPAM Act of 2003, and amendatory acts thereto) from RE/MAX, RE/MAX Approved Suppliers (as defined in Section 3) and third parties designated by RE/MAX at both Member's remax.net e-mail address and Member's e-mail accepting address connected to the E-Mail Forwarding Feature (as defined in Section 1). RE/MAX is not responsible for any costs or expenses that you incur as a result of losing access to the Website and the E-mail Forwarding Feature because you cease to be eligible to be a Member, as defined in this paragraph."

So, in other words, to use a service that I pay Re/Max for I must agree to be spamed by anyone they can collect a buck from. Well this did not sit well with me so I decided to send an email to Re/Max ecare to see if I could opt out of this spam campaign. They informed me that each advertiser they sell the information to has an option for opting out of future emails. So all i need to do is patiently wait for spam to arrive and opt out of any I do not like. I don't know about you but I have been opting out of spam for years and it's only getting worse not better. I can assure you I will not be liking any of it. Not feeling like i was making any headway I instead decided to take the matter up with David Teefy the Chief Technology Officer for Re/Max. He of course directed me to ecare. I informed him that I had already exchanged emails with ecare and that they are standing by the policy. Mr. Teefy's response:

"U know what I do is set up a filter and trash only those remax vendors I do not want. So I get only what I want"

WOW. If the CTO of Re/Max can't get off the spam list I may be in trouble here.

Not one to give up easily I turned my frustrations to twitter. I twittered that I was boycotting MainStreet due to the spam policy and asked if any other Re/Max agents were doing the same. Twitter is an amazing thing. No sooner had I sent that message then I started to receive comments from other Re/Max agents. Most of the respondents were confused and had no idea what I was talking about. I of course took the opportunity to enlighten them on exactly what Re/Max was doing with their information. I also received some very snippy and defensive comments from a couple of Re/Max brokers. The most entertaining of which was from Shami Sandhu a Re/Max broker/owner in Edmonton Canada.

"Why would I boycott something so great! We're fortunate to have it. Try being a Realtor somewhere else.."

Ok, well maybe they do things differently in Canada but ask one question and Mr. Sandhu's first response is shut up and get out. Imagine having his as a broker.

Well, when you send something out on Twitter you never know who is going to see it and it turns out that Re/Max has a Twitter account. They are also apparently watching for keywords like Re/Max because they were soon following me on Twitter and attempting to address my concerns. The Twitter Re/Max suggested that I contact ecare. I informed them that I had already done that to no avail. To Re/Max's credit they did bring the issue to someone attention because within a few days I received an email from Marnie Blanco the President of eBusiness for RE/MAX International, Inc. She was very nice and I think sincerely wanted to make me feel better about the Re/Max spam policy. She forwarded me some "Additional information to help explain the opt in requirement and the benefit of the Approved Supplier Program". The most interesting of the reasons given was that "Revenue generated from this program helps reduce fees RE/MAX agents might pay". So what they are saying is that in addition to the almost $400 a year I pay to belong to Re/Max in the first place. And the %5 of my commissions that they collect. In order to help me save money they are going to sell my name and email address to "Approved Suppliers". Well my math may not be the best but from what I can gather by searching around a list of about 95,000 email addresses is worth about $20,000. I'm not sure how many "Approved Suppliers" Re/Max has but if they have 100 then I would expect to have saved about $21 a year. Personally I would rather pay the $21 than to receive the spam.

I don't really expect to win this battle. I am after all just a commodity to Re/Max. My only value being in what commissions I can bring in and what my email address can be sold for. But I do not intend to go down without a fight. I plan to make it my personal goal to make sure that myself and everyone I know does not send any business to any of the Re/Max "Approved Suppliers". I also feel it is my duty to let other Realtors that might be considering coming over to Re/Max know about this policy.

WOW. I would have thought atleast one person whould have a comment on this. I guess that's why we get to much spam these days. Nobody cares.

I'm on the lending side and haven't had to go through this, but I understand it completely.  Well done on putting it out there.

You can't be a member if we can't pimp out your email address... how's that for back in a corner.

Hey I feel the same way, (I found your page via Google). I wouldn't want to be with any other company but it's pretty dirty to spam us. Maybe I'll set up a gmail filter to delete anything with "Approved Supplier" in the subject.

I so agree, I'm so sick of Re/Max selling my name to anybody who will pay. How dare they force us to receive spam. This policy is nothing but greed.

I just got another email this morning attempting to get me to agree to the spam policy.

Check out just about any city with a craigslist section.  REMAX spams the RE boards with numerous misleading listings that redirect to a generic phishing site.  This site contains NO listings yet their ad misleads you to thinking that.  Your asked to deliver your information which I now understand what happens to it.  Remax will NEVER earn my business.

May 21, 2010 09:03 AM
LIKE
#6
Show All Comments
Older Post
Back to Top
Generate More Leads from this Listing
With a Trulia Pro Account
Learn More
Find what you need?
See More Blog PostsAbout Real Estate! SEE MORE NOW!
Rainer
8,851 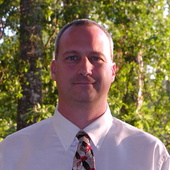