Many of us are paying a lot more attention to the details lately, and in an effort to reduce some of my expenses I modified my cell phone plan last month.  Today I received an email that my bill was available online so I logged into my account, excited to see how much my bill (normally about $120 per month) had been lowered.  When I clicked on the "view my bill" link, the new bill was over $129!!!!!  My minutes were well within my plan, so, no, I had not gone over my minutes.  So, why was my bill so high???

As I reviewed the details of the bill, something REALLY STOOD OUT....MONTHLY SUBSCRIPTIONS!   A charge of $54.96 added to my bill.

The first thing I did was call my carrier, AT&T to ask about it.  I told the representative that I'm seeing charges for things I never ordered, and the representative said they always send you a text message with their "offer".  I admitted I had seen some advertising messages (which I'd never gotten before, to my knowledge) over the past few weeks, but I figured it was some sort of spam and deleted them.

GUESS WHAT FOLKS ...
If you do not PRO-ACTIVELY "REFUSE" THEIR OFFER
THEY ASSUME YOU'VE ACCEPTED IT!
.... AND THEY WILL BILL YOU ... MONTHLY!!!!

AT&T did tell me they would remove the charges, they've registered my "dispute", and they've placed a BLOCK on my account so this sort of thing won't happen again.  He then sent me an email with a special "pin" number on it, so there was something I actually WANTED to purchase online, I'd simply add my 4 digit pin to "authorize" the purchase / subscription!  He also told me that he gets 20-25 calls JUST LIKE MINE every day!!!!  Many people, because they are tightening their belts with this enconomy, are just noticing these charges (because they just started WATCHING their bills), and discovered that they've been paying for these "services" for many months and didn't realize it!  Thankfully, I'm not one of those!  Something else though that I noticed was that there additional charges...small...amounting to just $5.22 total that were "data transfer" charges also having to do with those "subscriptions".  AT&T kindly reversed those charges as well!

SO, NOW, WHAT'S IN YOUR CELL PHONE BILL!

I just saw a post on one of the message boards:

"I participated in an IQ quiz on Facebook. In order to receive my score, I entered my cell phone number. I was unaware of signing up for this service. There was no phone number listed for the company on my bill and the AT&T service person was able to reverse it. She says that Qube is a partner company. I don't like their "sign-up" tactics."

I also took that Facebook quiz!  And guess what...because of the way the results DID NOT appear on my Facebook page, I thought I did something wrong...so I retook it...3 times!!!! Seems to me THAT SAYS IT ALL about MY IQ!!!!     ROTFLMAO!!!!   Boy, do I feel ignorant now!!!

I will have to pay better attention to the text spams Sprint sends me...

Interesting, too, Maureen...when I saw the vendor names, I googled them....it appears LOTS of complaints about "unauthorized" billings! I had no idea!!!

Judi, you're back!! We have issues with our cell phone bill every month. We have gotten so many free upgrades due to their blunders - we're also with AT&T, formerly Cingular. We have had blocks put on as well, but beware, they don't always work. Hence the freebies when they discover the error of their ways! lol Our kids would try to slip in ringtones, texting, internet, etc., when it was super $$$ and we would repeatedly say 'block this.'

But the newest thing we came across was just like this - it was a free trial that we were given that we had no knowledge of - and after the free trial, the company just started billing us monthly! Can't remember who it was and I don't think it was a cell phone company - say, you've inspired a post. Seems like you always inspire a post when I read yours :) I'm going to have to ask Frank and write about it.

I'll keep in mind your warning that the block doesn't always work....thanks for that!!!  Never again will I delete one of those spammy messages without reading it first.  My understanding is that when the message comes in, it includes the code to "opt out" of the service.

What I find VERY obscene is that ANY vendor is given a tool for you to "passively subscribe" to their service, and that you are then required to pay for it!  That should be against the law!  Your "active approval" of enrollment should be required.

Can you just imagine if we ran our business that way?????  LOL!

When I worked with TMobile, people would come in all the time with charges and be all angry.  Most of the time, it is one of those, send a text message to: that signs you up for instant stuff.  They don't really tell you the charge will continue every month.  The hard part is that they are third party carriers from the cell company and most of the time we couldn't do anything but send you on your way to the 3rd party!

As I read detail online and hear how prolific this "Cram Scam" is, I'm amazed that the FCC isn't all over it!  Lot's of people even reported having submitted the "STOP" text instructions to a particular service, yet continue to get billed.  Seems this is consumer fraud at the very least.

When I was on the phone with AT&T, they told me I didn't have to pay it, they said they recorded my "dispute" on my account and would not be liable for any "collections" resulting from those unpaid balances.  It'll be interesting to see what happens.

We at Mobile Messenger would like to assist you with your concern or complaint. If you need assistance in regards to being unsubscribed or other related issues, please do not hesitate to contact us. Please call 1-800-416-6129 Monday to Friday 0600 – 1800 US Pacific Time or email blog@sms-helpdesk.com.

Interesting....over the past couple of days I've received about a half dozen DIFFERENT text messages, all referencing the 1-800-416-6129 phone number, ALL are SPAM...for example:

Mobile Messanger IS THE SPAMMER.  Would love to set up some sort of "cease and desist", but am afraid to call that number or respond in any way to those texts...the last time I did, huge sums were added to my phone bill.  Why don't you just stop CRAMMING OUR PHONES?

SHENANIGANS!  I had this issue with my daughter when she was in middle school - texting for horoscope = $10 month!!  She got all text priveliges removed until she was a Sophomore in high school. 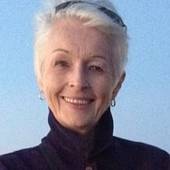