At the beginning of the year I made a decision. It was a decision based on our current economic situation. A decision that I was encouraged NOT to make. I'm glad I did though.

That decision was to restructure my packages and prices and include a 10 image package I like to call "mls express", for realtors who want great photos, but don't want to pay much for them.

February and March were busier than the previous year, but April has more than doubled! I've had so many realtors comment on what I've done. They truly appreciate it. I think it's mostly the fact that I've acknowledged that there is trouble with the economy and I've tried in my own way to do something to help them. I want them to succeed, because ultimately, their success is my success.

With this move, I feel like I've become one with them, and we're on the same team. I'm not trying to take them for every last penny. I'm just trying to help them generate more interest in the properties they sell, so they will sell quicker. I provide an honest, valuable service at reasonable prices. Groups:
Out Of The Box!
Photography
Realtors®
Social Renegades | Dominate Google
The Art Of Marketing You

I wish we had your services in our area. Looks like you do a great job.

I agree with Daniel above.  I wish you were here in Elkhart Indiana!  I could use your services too.

Thanks for sharing, that's a great tip. Just wondering though, have you found that the new clients who purchase the "mls express" package tend to stay with that package on future orders or do they step up to a full virtual tour at some point on future listings?

Also congrats on the PFRE Idol award a few months back!

Keep up the good work,

No trouble bringing in the largest leather sectional in this wide open outside to the inside home listing! Neat images, eye candy. 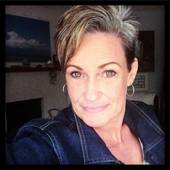 over 9 years ago
bookmark_border
You never know what will happen until you try....
View more Recent Posts   arrow_forwards