Like:
Home > Blogs > Donna Seals > Donna Seals's (donnaseals) Blog
Liberty Station, one of the nations top ranked neighborhoods has a lot of real estate activity going on these days. As of late April 2009 there are five attached homes for sale and ten single family homes for sale.

There have been seven units sold in the neighborhood so far this year with five currently in escrow and expected to close in the next 30 days. The average home in Liberty Station has sold this year in just under two months. To those that know Liberty Station, its no surprise that the seller of these homes received 97.7% of their asking price. Liberty Station is a one of a kind master planned community in the Point Loma area, its fairly new, has shopping and a great micro climate due to its close proximity to the ocean and bay. Current opportunities for home shoppers in Liberty Station begin with a townhome at just over $500K. The most expensive unit in Liberty Station is currently priced at just over a million dollars for over 2,600 square feet. If you want something special in Liberty Station please contact me as I know the inventory well and have a new listing coming up soon that might fit your criteria.
LIKE
close

I had saved a list of homes available at Liberty station.  It is no longer available.,  We want to buy a home there and need to keep up with the sale prices,  What happened to my list?? 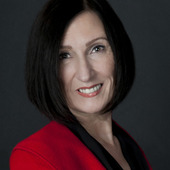