The truth is, I was multi-talkxting (simultaneously talking to one person, texting another, and drinking a Red Bull) when the iPhone slipped out of my hand and into the dog's water dish. Frozen freak out as I watched my slow motion lifeline quietly descend to the bottom; like in that Matthew McConaughey movie---you know, the one where he's so busy trying to save a submarine he never gets a chance to take his shirt off.

Fully dressed, I dove into the drink, retrieved the bubbling device, and bolted up the stairs to the bathroom. This was not the first time my personal Pearl Harbor had come under attack. A veteran of more than a few such self-sabatoges over my distinguished sales career, I've acquired the basic EMT survivor skills necessary for simple real estate business to carry on even in spite of myself.

There was the time in the late 1990s when my Motorola Star-Tec met its own destiny in a powder room commode at a Sunday Open House. I searched for an hour before re-tracing my tracks back to its resting place in the bucket; toilet seat still up at half-mast, the exhaust fan playing taps. (That phone was the only thing in my physical possession that I actually bragged about being so small.)

Then there was that era in my pre-iPhone 'Verizon' subscription life when I rolled with a seven pound Treo 650 on my belt. On its final day, a slushy puddle became the final landing spot as I attempted to swing my big fat ass (not really, it's just an expression) out of the driver's seat of a Mini Cooper.  I recall laying the gurgling remains on the Verizon counter an hour later when the Assistant Day Manager finally called my number, next in line.

"You dropped this in the water," he said.

"Then why is there all this moisture and condensation beneath the screen?" he inquired, narrowing his focus from behind Pearl Vision Express eyewear, probing the soggy brick with a Bic pen.

"I live in a very humid climate," I answered.

Alas, another fellow English Literature major unable to find a position in his chosen field. I reached down deep into my mental Cliff Notes and attempted to establish 'Common Ground' (Step Two of the Sales Process directly after the 'Meet and Greet' but somewhere before the actual 'Sit').  We chatted up Henry Miller for a few moments before he loosened the corporate noose and gave me the 411 on cellular resuscitation.

"Next time this happens," he explained, "immediately remove the battery, shake all excess water from the phone, then point a hair dryer on Medium Heat toward the inside of the handset for 15 minutes. Then hope. Then pray. Then live to text another day...." The young man was indeed, a poet. And thankfully so, as his tutorial words echoed in my head on this latest occasion....

I burst through the door of the 2nd floor guest bath where I camp out and park all my toiletries (because the 400 square foot master bath in our house is somehow not big enough for two people). In my own tiny bathroom now,  it suddenly hit me that a) the iPhone does not have a removable battery and b) I have no hair---thus, no hair dryer.  I scrambled into my wife's private spa and plugged the first device I found into an outlet. A curling iron. WTF.

I quickly located the hair dryer as the final seconds ticked away. I pointed. I hoped. I prayed...

"Alright, Alright, Alright!"  I might not be in the same heroic league as Matthew McC in U-571 but I kept my cool (and my shirt on) under SIM fire. The dry-out procedure was a cyber-medical success.

That original iPhone, although barely moaning through each ensuing ring anymore (and about to be retired in lieu of a newer and slicker 3G model), will forever occupy a special place in my bottom nightstand drawer full of other swaybacked cellular workhorses, mismatched chargers, and scattered loose, dead blue teeth. And even though the Assistant Day Manager at the AT&T store I frequent  these days doesn't know squat about literature, I've decided to extend my unlimited minutes/texting contract for another two-years of close calls and narrow escapes. After all, "Life, as it is called, is for most of us one long postponement." (and that, my dear readers, would be Henry Miller).

The worst I've done so far was have a Chris Farley type guy do a cannon ball at a pool party and totally soak my phone (and me).

Good morning, Geno. The only time I "broke" a phone beyond repair I was surprised by a gentleman-client. Long story short...long coat, cell phone in pocket, got in car with coat still hanging out the door, customer closes door for me and smashes cell phone in pocket.

Had to get a replacement on eBay so I could use the same sim card.

Chris...that is funnier than my story.

ARDELL: I too lost a phone that way once.  Always keep my phone in my right coat pocket now...unless, of course, I'm in England.

It was in my right pocket, but this time the client was driving :)

Like
Bryant Tutas
Tutas Towne Realty, Inc and Garden Views Realty, LLC - Winter Garden, FL
Selling Florida one home at a time
Geno, I have sacrificed several phones to the god of the swimmng pool. I mostly work out there and frequently forget that I placed my phone in the pocket of my swim suit. I just recently got a new iPhone and stopped on the way back from the AT&T store to run quickly into Target to purchase a matching pocketless swim suit. So far so good.
Like
Anonymous
patty

then there was the time i dropped the entire packet of paychecks I needed to give the nurses into the just-tinkled-in toilet.  Didn't have a blow dryer (hospital bathroom, you know), so washed the packet with soap, rinsed off and towel dried, and never breathed a word that their money was coated in dried Patty-pee.......

Like
#6
Anonymous
Geno Petro
See...it's not just me. (Although I just forgot to bring my dog in the house after his evening constitution. He was standing on the back porch in the rain for 30 minutes. Im very slowly.....losing it.
Like
#7
Lizette Fitzpatrick
Lizette Realty - Richmond KY - Lexington, KY
Lizette Realty, Lexington KY MLS - Kentucky Homes

I don't think I can top the last comment! So far I haven't had a water catastrophe with my phone.

Geno, I forgot how awesome your stories are. Thanks for the laugh. My wife, when we had Verizon, had too many claims in too short a period and the "insurance" company dropped her faster than you dropped your phone into Fido's water.

Geno- Dunk Master!  Loved the line about no hair thus no hair dryer.  I am told a bag of rice will extract the moisture from electronic devices.  I have have a few phones which met an untimely demise in a watery grave (not the dog dish either)  One (which was particularly athletic) did the high dive off the belt clip right into the .... deep blue abyss 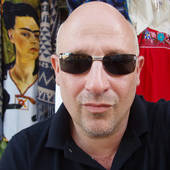