What a difference a few months make!

We've gone from one of the coldest, longest winters to one of the wettest springs, to temps in the high 80's and it's still APRIL!  Only in New England.

With the warm weather and colorful spring flowers and trees that have burst into bloom come the phone calls from buyers and sellers alike.  Homes are coming on the market every day and sales are happening at a nice clip.  (Listed a modest raised ranch in town yesterday and began negotiating an offer last night.)

Starter homes are seeing multiple offers and have been for months.  The good news is the higher priced homes are selling now after being pretty quiet for a while.  Even new construction is selling once again.

In the Greater Hartford area we watched prices drop but not anywhere near the plummet many other areas have seen.  Things seem to have stabilized and home prices appear to be around where they were in 2005.

The foreclosure and short sale markets are a mess and are adversely impacting things in the area but many buyers are shying away from these perceived "deals" due to the painfully lengthy purchase process.

Hopefully, things on that front will quiet down soon but I don't feel too optimistic.  We're still seeing layoffs at large employers in the area and that has a ripple effect.

But, I'm not complaining.  We've had it pretty good compared to many parts of the country.  This too will pass. 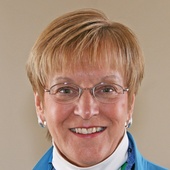