NO ONE REALLY KNOWS

· The February 2009 RPX Monthly Housing Market Report said home sales increased month-over-month in 22 of 25 key metropolitan statistical areas and 13 of these areas posted the largest gain in February 2009 since 2006.

· The National of Association of Realtors® reported that existing home sales dropped in March 2009, and median prices fell 12 percent from a year earlier.

• First American CoreLogic announced that national housing prices declined 12.2 percent in February from a year earlier and have been in decline for 24 straight months. It predicted that home prices would continue to decline through 2010.

The day you see employment numbers flatten, get on the phone and scream.......  Housing sales are a bit meaningless right now as most are foreclosure sales and do not represent a true buyer-seller market.  We could easily see another downfall.  Watch those employment numbers like a hawk.

I will know when prices have hit bottom, the day they start to clime up.

The decrease of short sales and lender owned properties will be another good indication of the market upswing.

I wish I had a dollar for every time somene asked me if the housing market hit bottom. 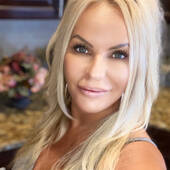 over 11 years ago
bookmark_borderbookmark
When Does a Prospect Become a Client?
View more Recent Posts   arrow_forwards