Estate planning is a very sore subject for most of us and one that most of us avoid talking about until too late to correct or modify.

Depending on your situation, you might say no but are you sure? You say that you do not need to because I have my will done and I do not own a home or I put it in a life estate for my survivors to "fuss" over. That may be true and I will not get into the Pros and Cons of estate planning as there are plenty of websites that give an in-depth look at estate planning. Instead, I will iterate what could happen to your heirs if you do not take a proactive approach to settling your estate before you suffer a serious illness or sudden death.

THE SETUP: Recently my father died after a long illness. He stated several times things were in order. After the funeral, my siblings and I found out different. During the course of getting ready for Probate Court, we found assets that we were not told about and was not listed in the will or anywhere else. To understand what we were up against, my Dad's filing system consist of putting things in unmarked bags in a home safe (he had 4 of them). My Dad's life was spent in full measure: joined the US Navy in 1944 and retired after serving for 22 years and then he worked at the Charleston Naval Shipyard as a civil service employee until they closed the Naval Base down at which time he retired putting in 20 years. He rejected retirement and started volunteering with the Constructors for Christ organization until he could no longer travel cross-country due to illness and injuries. He told us that between his 2 life insurance policies & death benefits from the VA and Social Security Administration his burial expenses would be covered. We should have heeded Murphy's Law or the old adage "Waiting for the second shoe to drop".

THE FIRST SHOE: During the setup of the funeral, we found that he had two policies worth about $15,000 and what the VA and SSA would pay would cover his funeral and probate court costs. Funeral homes require a person to be personally responsible for the debt ($12,000) not the estate in case the estate is found to be insolvent and unable to pay the decease's outstanding bills and funeral expenses. The silver lining was he had previously sold his home and had moved into an assistant living apartment building.

The SECOND SHOE: Now several weeks later we find that SSA does not pay burial benefits if the deceased is single and does not have any dependents using the IRS definition of dependents. OUCH! No money there. VA will only pay up to $600 but may take up to 90 days to pay after the claim has been filed & verified (funeral services will wait 30 days then go after consignor). Now locate the military discharge papers (called DD-214) among Dad's files otherwise submit to Veterans Dept for copy (90 days to respond). Life Insurance policies he took out several years ago will be issued to beneficiaries on file but cannot be sent to the estate directly if he has any living relatives (wife, sibling(s), sibling's children, parent(s), sister(s), brother(s), etc. on down the line; get the picture). Oh, now we find out in one of his financial statement letters that he may have stocks with "broker name" but he cannot say how much or with whom without court papers. Another financial statement letter is received in the mail the following week. Civil Service Admin now says because of his entry into service in 1944 there maybe another life policy but cannot say how much or with whom without court papers. So on and on it goes as quarterly financial statements are received in the mail.

The REST OF THE STORY: Since my Dad never took the time before his illness to document and discuss where and what insurance policies and stocks he had, where they were located nor whether or not he had copies of his DD-214 (certification not required) nor that he might have life insurance policies that were put into effect after 1950 by the Federal Employees Act nor that recent Federal Law changes in regards to injuries sustained in 1944 while serving in the Navy that may result in back pay, it has been a long arduous journey to get his estate in order. Every week something new crops up with more paperwork to locate, print, fill out & file.

The bottom line is not waiting until you are seriously ill to start getting your estate in order. Think of your heirs as you get your affairs in order. Update your will, especially if you own real estate or have a valuable collection, review your life insurance policies, direct payout to your executor(s) with written directions on how to distribute the payout, list your policies and stocks with who they are with and finally check with local authorities on what forms need to go with them to file benefit claims. Then give copies of the papers to your executor or somebody in the family so they don't have to hunt for them when the time comes.

So check with your local estate planner or go to one of the numerous websites soon, he/it can help you get everything in order before it is too late to get it in order. 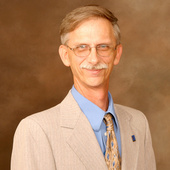