The Truth about Local Foreclosures

Many Things have been written and reported negatively about home foreclosures. While Kosciusko County is not immune to this, we are not nearly as bad as the reports out there suggest.

Here are the Facts:  Currently in Kosciusko County

Many think that foreclosures are way up.Below are the actual figures from the Kosciusko County Sheriff sales of foreclosured proerties. 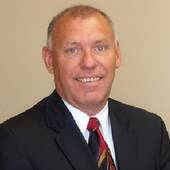