"As banks pull back on risk taking across the nation, consumer-loan balances in places like Huntsville, Ala., are rising. In Huntsville, a metropolitan area of 376,000 that is home to many government contractors, borrowing increased 13.2% per household in last year's fourth quarter, compared with the year-earlier period, according to data provided to The Wall Street Journal by Moody's Economy.com and Equifax Inc.

Angie - that's huge news!!!  Thanks for sharing and keep it going. 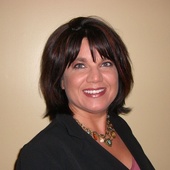