I can always tell when it is time for an update on my navigation system.

The on-board navigation systems don't update themselves automatically.  You have to purchase the updates.

Some updates are specific to an areas of the country.  My on-board navigation from last year already has problems when I leave the normal city grids.  I expect that new subdivisions are not going to be included but I also expect rural roads that have been there for a 100 years to be there.

I have been in some areas where two tracks and old logging trails have been included on my maps then again I have had some blank screens when I thought it would be included.

I gave away my portable GPS to my sister a year ago.  Now Tom-Tom navigation, Garmin and Magellan compete for this market.

Many agents that I know use Tom-Tom while other like the Garmin.  Most people look at the GPS issue as a price point issue.  How much is it going to cost and will it do what I need it to do.  Seems like a reasonable analysis to me.

I have owned both Garmin and Magellan products in the past.  Of the two I preferred the Garmin because of the issue of use.  I have looked at the Tom-Tom but have not used one but it looked to be full featured for under $300.00.

What do your think about the different options of having a GPS?  Living in a metropolitan area and having listings in rural areas makes it difficult at times to find properties to show and list.  How do you handle rural areas that you don't know very well?

Tags:
realtors and the gps
do you have a gps
know how to find properties

Well, with all the ever-changing technology out there, it's hard to keep up with it!

I do like my portable Garmin (have had it a year and a half) - since I am now at a point when I am considering updating my PDA from a Blackberry to an IPhone, I am going to hold off making a GPS updating decision.

I'd love it if I could streamline the PDA process and have ONE device that does it all reliably and economically....surely its possible!!!! 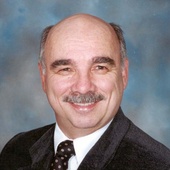