If you missed the Cascade Jr High vs Olympic Jr High Softball game in Auburn, WA.... You missed a seriously good time!  We are all Alumni from Auburn High School about 1986 - 1988.

It all started on Facebook with a few old friends trash talking about the Jr High Schools in Auburn that they had gone too.  Apparently, it blew up into a full on Old Folks Baseball game.  Robby Akau was the "get it together" guy.  He talked me into going and I am glad he did.

We all met down at West Auburn High School on Saturday, May 9th.  It was supposed to be 1:00 - 4:00 and well... We started playing about 1:45 maybe?  There were people there I hadn't seen in years.  There were some folks I had never met (or don't remember) before and no one seemed to care.  We got lucky because the day was gorgeous.

So we played for hours.  Cascade only had 9 members, but we were not giving in!  Olympic was up (they had some "ringers" and used much younger family members) and we kept fighting.  I think it was when we finally caught up to them.... 23 to 23 when someone screamed "last inning".  Thank goodness.  My body was about to give up if they hadn't called it.

We fought and fought, but in the end it was the Olympic Jr High Cougars that rang through.  We Spartans put up a good fight tho'.

My body hurts, legs not moving well and found muscles I hadn't seen in a while.. but I would do it again and hope to soon.

Thanks to everyone that made it a great day and wonderful time!

Welcome to Active Rain and congratulations on your first post! The opportunities to learn and network are incredible here. Best of luck to you! 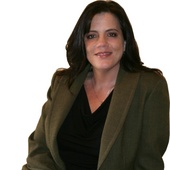 over 12 years ago
bookmark_borderbookmark
A FORMULA FOR DISASTER IN A FRAGILE MARKET PLACE:
View more Recent Posts   arrow_forwards