Whew!  What a race!  In typical Darlington fashion, these racecars turned into whirling dervishes on the track.  I don't think even one car got away without trading paint with the candy cane striped outer Darlington wall.  In the second night race in a row, there were a record 16 cautions and countless single car spins that managed to avoid being "the big one" (like the two we had at Talladega).  We even got a fireball rolling down the track thanks to Michael Waltrip in the #55.  When he dropped the engine, an oil fire ignited his car into serious flames.  Luckily, he walked away unscathed.  A few laps later, Clint Bowyer (#33) managed to hit the outside and inside walls pretty hard.  It looked like he got shaken a bit, but he also managed to walk away from it.

It was a great race for Team Hendricks.  After a valiant effort from Greg Biffle (#16), who really seemed to have THE car to beat, the little jockey Mark Martin won the race, with Jimmy Johnson coming in 2nd, Jeff Gordon taking 5th and Talladega winner Brad Keselowski driving the Hendricks #25 to a 7th place finish.  The Stewart-Haas racing team of Tony Stewart (#14) and Ryan Newman (#39), who also had a fantastic car during the majority of the race, had a spectacular finish of 3rd and 4th, respectively.  Even little Joey Logano (#20) had a hell of a race, finishing 9th.  It was edge of your seat racing, for sure.  I was concerned when both Jimmie (who pitted out of sequence with the rest of the field) and Jeff (with a problem tire) went down a lap.  Jimmie got the lucky dog pretty soon after and climbed his way back to the top 5 in no time.  It took alot longer for Jeff to get his lap back.  But, he raced his way to the front pretty quickly as well to retain his points lead in the Sprint Cup race.  That's the mark of true champions.  This Saturday, May 16th, is the All-Star Race on the Speed Channel at 8:30pm EST.  Regular Sprint Cup racing resumes on Sunday, May 24th at Charlotte Motor Speedway at 5pm EST on Fox.  See you then! Top 5 Finishes of the Darlington Southern 500 Presented by GoDaddy.com:

Heather Chavez - Second Self Virtual Assistance: When There Isn't Enough of You to Go Around!

Hi Heather: great picture - it's burning up my screen!

It was exciting, Sheldon.

Hi Heather it was a pretty good race....and I'm glad Michael was alright Matt was going crazy yelling get the hose get the hose......peace zane

It was a bit scary when Michael caught fire, Zane.  But, he remained calm and got out of the car smiling.  So, that was good.  Bowyer's crash must have been even harder than it looked.  He got out a bit dazed.  Thank God for the Hans devices they use now.

Heather, You are one die-hard Nascar fan!  I love to read about the races in your blog. We have friends that absolutely love it too!

Oh, Sandy.  You don't know the half of it!  :)  I decided that I really can't get involved in another sport because I just tend to get TOO involved with whatever sport I'm focused on.  I just don't think I have the time or energy to devote to another sport right now.  It's sick, I know.  I'm not a big sports nut, but the stuff I watch, I get REALLY involved with. 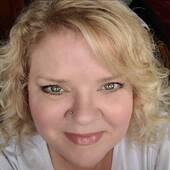